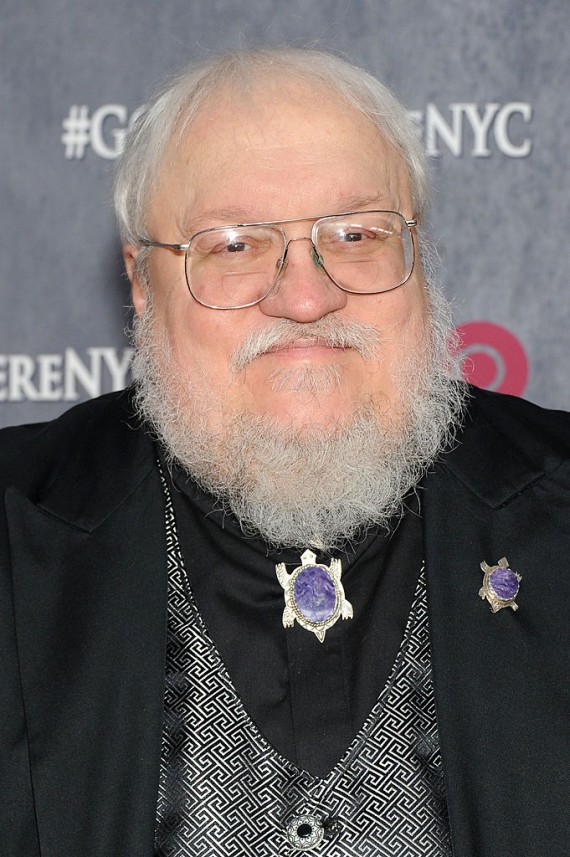 George R.R. Martin has taken the entertainment world by surprise when he himself admitted that the HBO show that adapted his works, “Game of Thrones”, might just be beaten by the new network favorite, “Westworld”.

Author of the novel series, “A Song of Ice and Fire”, George R. R. Martin confessed that there was a big chance that “Westworld” can beat “Game of Thrones” in the upcoming Golden Globe Awards. Both HBO shows have been nominated for major categories in the said awards ceremony. They have been nominated for the category Best TV Drama Series in prominent awards shows.

Martin said that as a person who is rooting for and collaborating with HBO, he is thrilled to see that both “Game of Thrones” and “Westworld” have been recognized and nominated for various major titles at renowned awards shows. But he did admit it that “Westworld” is clearly the new favorite and that it is definitely going to be a tough competition.

He also voiced out how he was happy that the Netflix series, “Stranger Things” also made it being pitted against the aforementioned powerhouse HBO television series. He further said that as a geek and fan of science fiction himself, it was a delight seeing shows such as this one being noticed. He pointed out that three out of five of the nominated finalists are actually sci-fi genre shows and that this is an evident sign of how far they have come especially during this golden age of television.

“Game of Thrones” has been reigning as the favorite for years that they have even swept awards shows. No matter how much some shows tried, nothing can compare to the fantasy drama series that Martin have created. Come, “Westworld”, a fresh new show that covers science fiction set in the west, viewers are intrigued and eventually hooked.

Creators of “Westworld”, Jonathan Nolan and Lisa Joy have expressed before how it was an honor for them being compared to “Game of Thrones”. They have admitted that it was the reason that they decided to push through with their series with the current network, trusting it that it will be able to deliver a show as good and as profitable as “Game of Thrones”. They have also shared that they are currently adapting the shooting style of the said show wherein the scripts are drafted and scenes are simultaneously shot all over the world with directors going from one studio to another.

Both HBO shows have been deemed successful and it is a fact that “Game of Thrones” and “Westworld” are two of the most expensive television productions to date. “Game of Thrones” started out with a budget of at least $50 million per season but now that it topped ranks and garnered millions of viewers, the budget has raised to more than $100 million per season for the recent installments. The creators of the television adaptation of “Westworld” has divulged that even if they are just in their first season, the series are already working within a $100 million budget, which pretty much explains why the series turned out great without having to limit its potential.

“Westworld” Season 1 has just ended and the second season is in the works, which is set to release in 2018. Meanwhile, the awaited “Game of Thrones” Season 7 will be aired sometime in 2017, probably in April or July.

"Westworld" creators, Jonathan Nolan and Lisa Joy share their thoughts on how "Game of Thrones" played a big part in helping the new scifi western series turn into another HBO smash hit.

"Westworld" creators Jonathan Nolan and Lisa Joy commented on their nominations in the upcoming Golden Globe Awards and talked about how it felt competing against another HBO series, "Game of Thrones" and Netflix popular series, "Stranger Things".