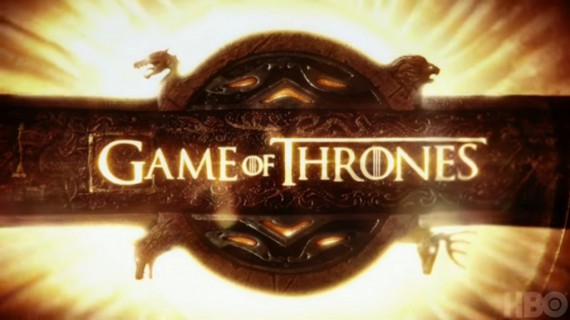 With the year coming to an end, it is no new thing to reveal the list of the bests for 2016. Just recently, IMDB has just released its list revealing the top 10 best television series in 2016. HBO shows “Game of Thrones” and “Westworld” made the cut along with other familiar popular titles.

“Game of Thrones” is a television series adapted from the novels of George R. R. Martin “A Song of Ice and Fire”. The series premiered on HBO in April 2011 and was greatly received by millions, which earned the series more seasons and more budget for production. The television series has already spawned six seasons with ten episodes each. It has been reported that the series started with a budget of $50 to $60 million per season and has now reached more than $100 million for the latest installments. “Game of Thrones” Season 7 has already been confirmed and it is expected to release in the middle of 2017.

Trailing just behind “Game of Thrones” is the breakthrough original series by Netflix, “Stranger Things”. The series starred Winona Ryder and introduced new young talents namely Finn Wolfhard, Millie Bobby Brown, Gaten Matarazzo, Noah Schnapp, and Caleb McLaughlin. The science fiction horror story revolves around a plot that delves into the unknown as one of the four main characters gets sucked into the upside down world while the other three who remained on Earth, met a girl who has psychic powers. The series was also greatly received that after airing its first season with eight episodes, it has been slated for the second season, which will premiere in 2017 as well.

Coming in third is the popular survival series, “The Walking Dead”. The zombie apocalypse series have already aired seven seasons with 91 episodes. It has kept millions of viewers hooked with its story that keep them on their toes as well as some unexpected deviations from the original comics. “The Walking Dead” is based on the comic book series of the same name created by Robert Kirkman and Tony Moore. The comic book was first published in October 2003 and is still ongoing.

“Westworld”, another HBO show, takes the fourth place. The show has been recently compared to “Game of Thrones” for its fresh and unique plot. The several various plot twists in its story have gained millions of loyal viewers and even secured the series for a second season, which has been set to release in 2018. The series boast of a stellar cast led by Anthony Hopkins. Along with “Stranger Things” and “Game of Thrones”, the said science fiction western series has been nominated for Best TV Drama Series at the upcoming Golden Globe Awards.

“American Horror Story” makes it into the fifth place after attracting more viewers with its new season focusing on the “Roanoke” arc. “The Flash”, “Mr. Robot”, “Orange Is The New Black”, “Vikings”, and “Daredevil” take the last five spots in this year’s top 10 television shows according to IMDB.

Netflix has just dropped a new trailer for its upcoming new original series, "The OA". Watch the trailer here and find out why it reminds fans of "Stranger Things".

"Westworld" creators Jonathan Nolan and Lisa Joy commented on their nominations in the upcoming Golden Globe Awards and talked about how it felt competing against another HBO series, "Game of Thrones" and Netflix popular series, "Stranger Things".

"Game of Thrones" Season 7 is getting released next year and fans are excited as Sophie Turner hints on what the next installment has in store for viewers.