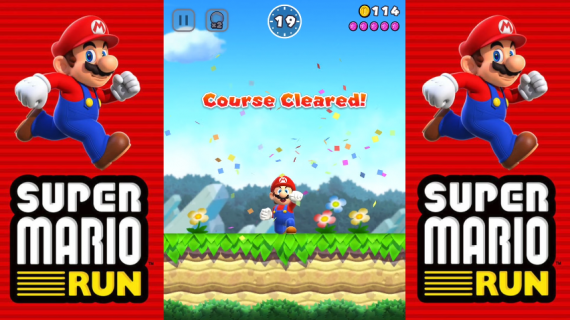 The secret to winning the Toad Rally is to have more fans and more coins. Here's how you can earn more fans and points. (Photo : MASTER GAMING/YouTube)

Building the Mushroom Kingdom may seem like the least challenging game mode in Super Mario Run. But the truth is, you can unlock minigames with new playable characters and more secret levels when you expand your kingdom using special buildings. That is, you have to expand and build Rainbow Bridges to reach new zones. Since Super Mario Run is still new, there are sure to be plenty of things hidden in the game and the map-building is no simple activity.

Playing Super Mario Run is pretty simple. All Mario has to do is to run, jump and bounce off enemies' heads or walls. But there are also other moves that you can do that are not very obvious in the game. You can float down like a helicopter by simply holding jump in the air. You can also do flip-jumps, climb-jumps, spin-jumps and even boost-jumps. If you want to know all the non-obvious moves that Mario can do in Super Mario Run, go to Menu then click Notebook and head to  Tips and Tricks to check it out.

Mario Speedruns Is The Inspiration Behind Super Mario Run

These Mario speedruns we are talking about here are found in Youtube. Those who played Super Mario Bros. may have noticed that running without ever stopping is a staple for the game. Nintendo was inspired to create a game that is quite "simple and easy" for everyone and anyone to play because all you have to do is jump. Of course, Nintendo added some bits of challenge and basic skills to make players want to play the game even if they are inexperienced with any of the earlier Mario games. Besides, who would never feel exhilarated when you have to hustle along and do some speedrunning while doing wicked and crazy maneuvers? Definitely no one and this are what makes Super Mario Run even more fun.

Getting freebies from any game - mobile or not - is always welcome. Nintendo is not to disappoint you with Super Mario Run. When you finish the game, there will be a suggestion for you to check MyNintendo. The whole process can become confusing but it will be worth it if you have the patience for it. So what are you going to get with your Nintendo points? You can play as Toad by trading zero points, get buildables, coins and other free items that you can use in the game.

Early in the game, you will be tasked to find the five pink coins hidden in every level. Looking for pink coins are very challenging though. But once you get all the pink coins, you can unlock a new level where purple and black coins will spawn instead of just pink coins.

It's been a regular habit of Nintendo to keep Mario company in games. Super Mario Run is no different. All the characters you can unlock in Super Mario Run have different abilities that you can use to beat each level. Of course, you cannot change and use other characters unless you met certain conditions on how to unlock them. Remember the free stuff that Nintendo provides? One of those characters is Toad who runs very fast - even faster than Mario. You have to build houses to get Luigi, Toadette and Yoshi. Princess Peach needs rescuing from the evil hands of Bowser so you can use her as a playable character. Yoshi does flutter jumps while Princess Peach floats well into the game. Luigi's high jumping skills will be of great use, too since he jumps the highest among all the playable Super Mario characters available.

Over a decade ago, Nintendo decided to use just one-button to make Mario move on Wii. Basically, this is just an experiment to see how the mechanism would work on their console back then. According to Nintendo, it didn't feel right. Besides, the Wii have a plus-control pad and an analog stick so playing with just one-button on the Wii is kind of awkward, right? So yeah, it's possible to make and play Super Mario Run with the just one hand thanks to the early test run - sort of - that Nintendo made on the Wii about 10 years ago.

So what do you think of these secrets? Do you still know some more information about Super Mario Run that we don't know yet? Let us know in the comments section below!

Super Mario Run comes at a very high price of $9.99 for a mobile game. Will it be worth your money?

Nintendo has a very good reason why they have to keep Super Mario Run only available online.

Got An NES Classic Edition? Here’s Your Guide To Cheats, Tips, Tricks And More

Got an NES Classic Edition? You might need some refresher course to win the retro games that come with it.

The Nintendo SNES Classic Edition will be coming this September but it will only have a limited run.

Apple is using up most of the supplies of memory chips for its iPhone 8 leading other companies to find ways to secure their own supplies.