Clash Of Clans Guide: How To Actually Maximize Ranged Troops 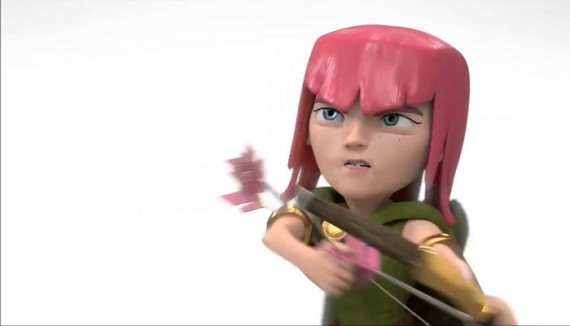 Being able to effectively utilize ranged troops like Archers in Clash of Clans is actually quite beneficial. (Photo : TBOT/YouTube)

Clash of Clans might be a simple mobile game, one that can be learned in one single sitting. However, mastering it is a totally different story. Doing so isn't even an overnight process. It takes a good amount of effort and concrete knowledge to be able to dominate the game. One of the greatest challenges players get to face every day is how to effectively utilize the ranged troops -- most especially in Clan Wars. Well, worry not -- this guide will definitely give you a huge lift.

Contrary to popular belief, ranged troops actually make a decent play in the hit mobile game (for Android and iOS devices). As long as they're able to position in the right place, raiding a certain village will be a walk in the park. Unfortunately, most players don't understand this. They simply let these troops attack without any efficient plan or goal.

The key is for the aforementioned Clash of Clans troops to withstand any incoming attacks. So how does one do it properly? Well, that's simply by the aid of tank troops. Archers, in particular, need to be surrounded with the likes of Giants in order to deliver their task. And once they do, they can destroy any building on their way without sweat.

As advised by All Clash, the best strategy is to allow tanks to take the damage from the Archers or other ranged troops. And not just that, the latter need to position themselves behind these tanky characters. Players, as much as possible, must not be tempted to unleash them without the tanks having to go first.

Aside from the aforementioned, it's also a good strategy for Clash of Clans players to add support. This could include the likes of Healers, which would be there to replenish health. By doing so, ranged troops can do their role more effectively. As long as there are enough Healers, pushing the raid won't be a difficult task to complete.

These troops should also be funneled into bases, specifically those that give out great destruction percentage. Or perhaps, players can opt to unleash them in structures that are near resources. That way, they'll be hitting two birds in one stone -- from destroying the defense structure all the way to looting Gold and Elixir, among others.

Going back to the Archers, there's a nice Clash of Clans trick to follow. This is by way of spreading them into the map. Keep in mind, though, that they should at least be group in small numbers. That way, it's easy for them to destroy structures compared to even smaller ones. Remember, they can be easily destroyed by Mortars or any attacks from Wizard. The key is to locate those dead spots and have the Archers deployed there. These spots basically refer to areas where defense is subtle. And with such, attacks can be maximized.

What are your thoughts on this Clash of Clans guide? Do you agree with the above-mentioned tips in using ranged troops? Any other suggestions you can share to us? Be sure to let us know what your answers are at the comment section below!

Clash Of Clans Guide: The Best Bowler Combos To Get 3 Stars

Want to know what the best Bowler combos in Clash of Clans? Check out this guide now!

Excited to see and/or know what kind of stuff the Clash of Clans Winter update is all about? Check it out here!

Wondering what sort of things have arrived via the Clash of Clans Winter update? Check them out here!