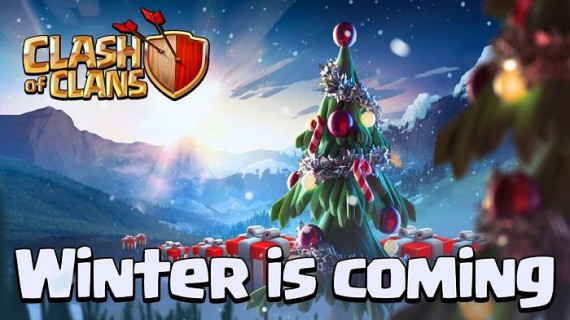 Clash of Clans Winter update has been the gist of all talks in the community. From speculating its possible features all the way to its official release date, fans have been all over it. Finally, Supercell unearth a couple of new information via the company's official forum site. Also, the studio announced the coming of the first sneak peeks of the aforesaid update. And yeah, they are here!

According to iDigital Times, the first part of the sneak peeks focuses on the gameplay offered by Town Hall 11. Previews on all the forthcoming balance changes have also been revealed (take note: these changes will reportedly affect a total of four different troops as well as one spell). Moreover, discounts will be brought -- which are there solely for the various game amenities (spells, troops and defensive structures, among others).

As mentioned by Supercell from time to time, the forthcoming Clash of Clans Winter update is all about bolstering and defining Town Hall 11. These basically refer to the TH's gameplay and attacks. With that being said, the studio did a couple of significant tweaks to its troops and spells. For instance, both the levels of Barbarian King and Archer Queen are now at 41-45. Clan Castle is now at level 7, with Golem and Hog Rider being at level 6 and level 7, respectively. As for the Poison Spell, it sits at level 5. Walls are also at level 12, while the Wizard Tower falls at Level 10 (as level 9 becomes efficiently available for players with TH 10).

Of recent memory (and as explained in various forums), the game's troops have been a pain in the head. Fortunately, the studio was fully aware of it; hence the changes being made. Witch will acquire an increase in terms of damage and hitpoints. Dragon's attack speed has also been increased, though their DPS remains at the same figure. Such can also be applied to Pekka. Poison Spell, on the other hand, now has a slight margin (increased) in terms of its radius.

Well, there's no doubt this is a huge treat for all Clash of Clans players. With the upcoming Winter update, expect tons of discounts whenever upgrades (for troops, defensive structures and spells) are done. Affected troops are Barbarian King (levels 31 to 40) and Archer Queen (levels 26 to 40). Wall Levels are also included and fall for levels 10 to 11. Wizard Tower Levels, on the other hand, are now at 3 to 9. Moreover, the Clan Castle and Hog Rider are included -- levels 5 to 6 and all levels, respectively. Lastly, the Golems are now marked with huge discounts for all levels.

Other Changes In Winter Update

The Friendly War challenges will now have 15 minute and 30 minute features. The Clan Mail cooldown has also been reduced (from 12 hours it's now 1 hour). It's also worth noting that in the New Events button, there are a couple of hints about a possible arrival of in-game special gigs (deemed to be a regular thing in the future). And of course, Clashmas gifts are to be expected.

What are your thoughts on the Clash of Clans Winter update? How about the new changes and balances being made to the game? Any expectations you have in mind? Let us know what your thoughts are at the comment section below!

Apart from the new troop and resource icons, Supercell is set to release more info about the Clash of Clans Winter update. Check it out here!

The next Clash of Clans update is reportedly arriving a week before the Holiday Season kicks off. Check it out here!

Is Clash Of Clans Getting A Sequel Soon?

Rumor has it that Supercell is set to release a Clash of Clans sequel real soon. Check it all out here!