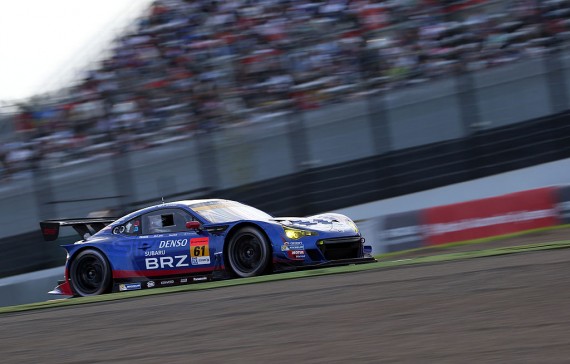 An STI version of the famous Subaru BRZ has been long overdue as fans and enthusiasts alike have been meaning to have one since the two-door sports coupe came out in 2012. The Japanese carmaker, Subaru, announced that there would finally be a BRZ STI version that will be unveiled in January at the Tokyo Auto Salon. Subaru also produced the boxer engine that can be found on the BRZ's twins, the Toyota GT86 and the Scion FR-S.

The BRZ STI Will Have 18-inch Wheels

Subaru has released no details yet except that the STI version would be sitting on 18-inch aluminum wheels, and a front lip spoiler and side skirts. Engine details, handing, performance and other interior and infotainment system has yet to be announced. However, the announcements may be made on the same day as the cars unveil.

The WRX S4 Will Also Get The STI Badge

The STI Sport has been the mark that Subaru uses for their performance vehicles such as the Subaru WRX STI and was first applied to the Levorg STI Sport. Aside from the BRZ, the WRX S4 would also join the STI brand. The WRX S4 is a more capable WRX version, equipped with a CVT that is exclusively sold to Japan.

Although details have not been announced yet on the performance of the new version, fans will be expecting a souped-up version of the BRZ in the STI badge. Currently, the BRZ is equipped with a 2.0liter boxer engine that produces 205 horsepower and 156 pound-feet of torque. With its rear-wheel drive platform and balanced suspension; the BRZ has been a favorite among tuners.

Getting an STI badge may mean that the BRZ would be capable of producing more power and possibly a turbo charger. Fans are imagining its looks being close to the WRX STI that has a large hood scoop and a big rear wing. It would also be nice if a four-wheel drive version were introduced, although making the car run on all fours may upset the balance due to the additional weight it would need.

STI Parts Would Also Be Unveiled

In addition to the STI Badge, Subaru will also show off STI performance parts for the latest Impreza and the Levorg. Body kits, flexible tower bars and chassis reinforcing components would be introduced, along with other parts that have not been announced yet. The Subaru STI badge has been made famous by delivering performance vehicles that have balance, sharp handling and power.

Fans are also expecting an updated version of the Subaru BRZ's twin, the Toyota GT86, which was name changed recently to just Toyota 86 after discontinuing the Scion FR-S. Everyone is excited as the first time the sports coupe was introduced as a tribute to the legend of the AE86 that was made famous by the Japanese anime, Initial D. The unveiling will happen at the Tokyo Auto salon that will be held at the Makuhari Messe in the Chiba prefecture. The event would run from January 13 to 15 next year.

Toyota Motor Corp. has recently started selling its very first plug-in hybrid electric SUV in Japan as it now looks to commit more of the company's resources towards the electric vehicle market. Is the car worth the price?

The Toyota Fortuner off-roader is said to hit the Australian market in August. Here's how the HiLux based SUV fairs.