Here’s What We Know About The Next Generation Toyota 86 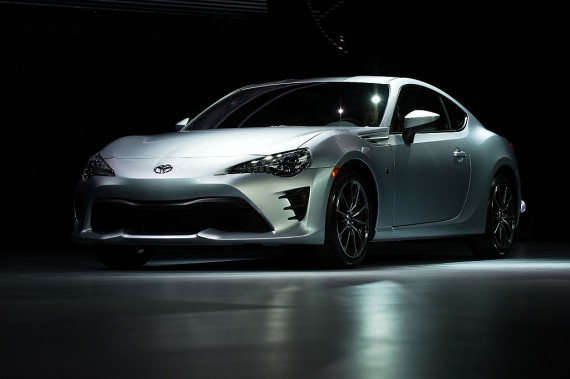 Japanese car manufacturer, Toyota, finally decides that the Toyota GT86 needs a fresh start. Fans are hoping and anticipating that their request will be fulfilled for the next generation of their favorite sports car. (Photo : Photo by Bryan Thomas/Getty Images)

The Toyota GT86, which was initially released more than five years ago as a tribute to the legendary AE68 made popular by the Japanese anime "Initial D', has been a favorite among car enthusiasts and petrolheads. It's lightweight balanced chassis, rear wheel drive, and two-door body design make it the ideal first sports car for anyone who wants to enter the car-racing scene. The only complaint among current owners is the lack of power output from the car, which may well be answered by Toyota's plans of creating a next generation GT86.

The Toyota GT86 has a Subaru version, named the BRZ, and previously had a Scion version as well, named the FR-S. All versions use the same flat-four boxer engine provided by Subaru and the same platform with only minor changes on the interior and the exterior but have the same power output of 200horse power. Toyota has officially announced that a next generation GT86 is on its way and would likely to go on sale by 2018 or 2019.

Toyota Europe boss Karl Schlicht said, "The GT86 is at the stage where it's being decided on the next one, a chief engineer will be assigned and away we go." The sports car had strong sales when it started, but with no major changes to its model lineups, sales have been inevitably subsiding. Schlicht said that there was no confirmation yet if they would still work with Subaru, but mentioned that the GT86 would need Subaru's flat-four engine to achieve both balance and a low center of gravity for optimized handling.

No Soft Top GT86 For Now

He also suggested that it is highly unlikely for the Toyota Gt86 to have a soft top version, like some fans, are requesting, which would make it another point of rivalry with the Mazda MX5. Schlicht said that there are still other priorities that they would like to focus on at this time that they do not currently have spare capacity for the request. The Toyota GT86 will seat just below the soon to be announced refreshed Supra, which is currently in development by German automaker BMW. The reborn Supra will be replacing BMW's Z4 roadster.

Schlicht said that a soft-top version for the GT86 could be possible in the future, but not one the next generation version that they are working on. Car enthusiasts are also hoping that Toyota will up the notch for the car's power, 200horse power may be fast for a normal streetcar, but not for a sports car. Some owners are also not satisfied by the cars lack of turbo option, and still had to spend hundreds of dollars to get a third market turbocharger kit installed, which unfortunately puts them out of any dealership warranty. Fans have been repeatedly quoting the GT86 as a driver's car, but that would not be enough without a turbo. The lower spec Mazda Miata that only gets 155horse power from its 2.0-liter engine can easily go toe to toe with the GT86, which brings in requests for a lighter body for the Toyota.

Toyota has not announced any detail yet on what will be included or what changes the next generation GT86 will have. Fans can only speculate for now and hope that the Japanese car manufacturer listens to their request. Toyota, anyway, has a good track record of listening to their consumers, one of the major reason why they are now the world's largest car company.

Another company has come forward to challenge Tesla. This time, startup electric car company from China, named NextEV, produces an electric vehicle with supercar capabilities and plans to sell it at a cheap price.

The Honda CR-V has been a best seller since its initial release on 1997. The 2017 version is set to debut this December and fans want to know how it would compare to rivals.

BMW unveiled the Concept Z4 during the Monterey Car Week festivities in California.

If you ever find yourself torn between the 2017 Mazda MX-5 Miata vs 2017 Subaru BRZ, remember that it all boils down to which one gives you more comfort.

Rejoice, Toyota Is Bringing Us A Supra After All

A new Toyota Supra is set to make its debut later this year at the upcoming Tokyo Motor Show.