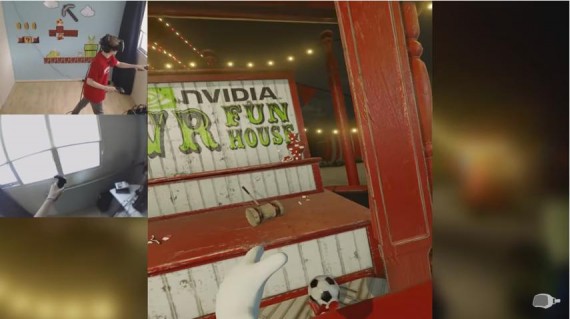 In the opening keynote speech at CES 2017, in Las Vegas, Nvidia CEO Jen-Hsun Huang pointed out the future focus of the company on niche fields such as VR, gaming, autonomous cars and the Shield TV.

According to Venture Beat, Nvidia is currently enjoying full success on the market. In the past year, the company's stock price has tripled. Nvidia has redefined and transformed itself from a producer of graphics chips to an artificial intelligence (AI) company.

In the opening keynote speech at CES 2017, Nvidia CEO expressed this new vision. After that keynote, Huang met with a small group of press for an hour and answered their questions. Huang explained how the combination of deep learning neural networks enabled breakthroughs in AI and programmable graphics processing units (GPUs) are leading to further breakthroughs in voice controls and autonomous cars. He also talked about virtual reality, PC gaming, self-driving car partnerships with Audi and Mercedes-Benz, Nvidia's partnership with Nintendo on the Switch console and the Shield TV.

Nvidia's Position On The Market

According to The Motley Fool, currently, NVIDIA makes most of its revenue from its gaming segment. In 2016, Nvidia experienced a phenomenal 229 percent stock price gain that has left many investors wondering if the company will be able to keep the momentum going in 2017, too.

From its lucrative gaming segment, in its fiscal third quarter of the year 2016, Nvidia made 62 percent of its top-line revenue. The company gained $1.24 billion revenue from selling graphics processing units (GPUs) for gaming. This was a breakout quarter in the segment and represented a 35 percent year-over-year increase.

According to market analysts, Nvidia's gaming revenue is clearly moving in the right direction. In the most recent quarter, the spike came primarily from the company's new graphics cards for the notebook market and the expanded line of Pascal-based GPUs.

Right now, Nvidia holds 70.9 percent of the discrete desktop GPU market share. The introduction of several new graphics cards last year has helped Nvidia to make additional gamers and the company has managed to keep a fairly consistent lead over AMD for a while now.

Nvidia's virtual reality (VR) segment is still in its very early stages, but in the near future could easily become a major part of company's gaming revenue. By the year 2018 the VR is expected to have 171 million active users worldwide and by 2020 the field is expected to reach $70 billion.

VR-ready notebooks already use Nvidia's GPUs, and the company has even created some of its own VR games in order to show off its chips' virtual reality performances. Some of Nvidia's graphics cards are already recommended for use with high-end VR headsets like the HTC Vive and Oculus Rift.

The company can and will keep growing quickly. At the moment, Nvidia already dominates the gaming segment, and the emerging virtual reality market could help strengthen its lead. But, of course, it all depends on how well the company transitions to the VR market, while maintaining its dominant GPU market share. Of crucial importance for the company will also be the niches of autonomous driving cars and the Shield TV.

AMD's price drop for its RX 460 and RX 470 graphics cards is confirmed. The company makes a preemptive move ahead of the competitor Nvidia's GeForce GTX 1050 launch.