3 Tech Entepreneurs Are Among The 8 Richest People On Earth 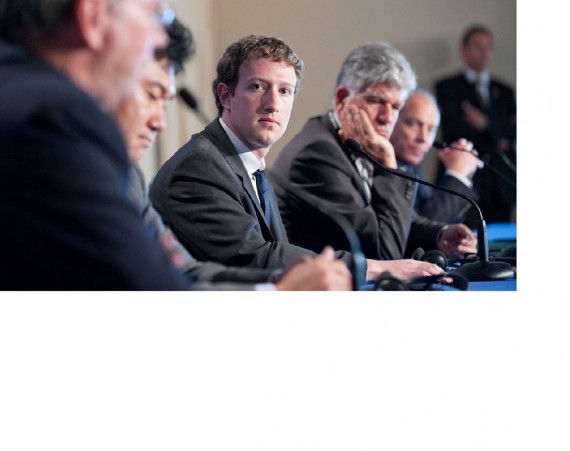 Peter Sunde, the Founder of Pirate Bay decided to throw some shade at Facebook and it's Founder Mark Zuckerberg. Ana Kasparian and Hasan Piker discuss Peter Sunde's comments and Facebook on The Young Turks. Do you agree with TYT’s opinion? Tell us what you think in the comment section below.<br /> (Photo : The Young Turks/YouTube)

A new analysis made by Oxfam has determined who are the 8 richest men right now, and the way in which these multi-billionaires literally owns more money than the half of the world, since their entire fortune reach the $426 billion, while half of the world´s population only reach $409 billion.

Among the several details provided by the research, one of the most incredible is the fact that 3 of these rich men are tech entrepreneurs, which clearly shows not only the these persons´ efficiency in the market but also the way in which technology is one of the most lucrative businesses in the history. Without further preamble, here are the richest tech entrepreneurs in the world right now.

Is not exactly a surprise that Mark Zuckerberg appears in this list, given the fact that he has proved to be one of the most successful tech leaders in the world, to the point in which he´s probably the most important member in Silicon Valley, above other important figures as Tim Cook or even Larry Page.

According to the analysis, Mark Zuckerberg is the number six in the list, since he has a net worth of $44.6 billion being chairman, chief executive officer, and co-founder of Facebook, which is the most popular media in the world, and one of the most successful companies right now.

Although being one of the most outstanding tech entrepreneurs in the world and being on this list shows his outstanding efficiency, last year was highly controversial for Mark Zuckerberg because of the way he was blamed because of Donald Trump´s victory in the presidential election.

Jeff Bezos: One Of The Most Influential Tech Entrepreneurs

He´s one of the most influential tech entrepreneurs the world, to the point in which he has been considered as one the greatest exemplification of how a man can success in the technology business. Jeff Bezos is the chairman, chief executive officer and co-founder of Amazon, one of the most important companies in the world, to the point in which its profits are absolutely incredible.

According to the list he´s the 5th richest man in the world with a net worth of $45.2 billion, and just like Mark Zuckerberg, last year was framed not only in the way in which Amazon managed to get great revenues but also because of the fact that he had the major role in one of the most controversial moments of the U.S. presidential elections. The thing was that The Washington Post -which he purchased in 2013 was the media that published Donald Trump´s secret tape in which said sexists comments.

Bill Gates: Once Again, The Richest Man On Earth

Of all the tech entrepreneurs that exist, Bill Gates is practically the most important in the history, thanks to the way in which he literally set a turning point in the technology business with its company Microsoft, and with his Holy Grail, the Windows operating system. Along with Steve Jobs and Apple, Bill Gates can be considered one of the most important tech leaders of all times, and one of the persons who helped to define the last decades of the 20th century.

According to the analysis made by Oxfam, he´s the richest person in the world, which is not exactly a surprise considering that this is something that Bill Gates achieved quite while ago, having a net worth of $75 Billion. Although last year was not so controversial for him as it was for tech entrepreneurs Jeff Bezos and Mark Zuckerberg, 2017 seems to be a quite important period for his philanthropist foundation, in a world in which many things needs to be done in order to achieve a much better quality of life.

The Nokia 6 and the OnePlus 3T could be two of the most important budget smartphones this year with amazing specs and features.

Nokia is back in the smartphone industry with its latest devices that offer a variety of specs and features.

One of the most controversial assertions ever made by Donald Trump, was the way in which he insisted in denying what that the DNC and John Podesta´s email account were compromised by Russian hackers.

Bill Gates recently revealed that he is strict with his kids when it comes to their use of technology. The Gates offsprings were not allowed to use celphones until they wre 14.

Jeff Bezos and Blue Origin shared images of the proposed space capsules that will bring civilians to space.

Jeffery P. Bezos, the founder of space company Blue Origin is not competing with SpaceX’s founder Elon Musk to take people and cargo to Mars at the moment. He is only trying to deliver cargo to the moon in the next couple of years and perhaps also deliver humans to the lunar surface to occupy the moon as a dwelling place. Bezos is also the founder of Amazon.com and the owner of The Washington Post.