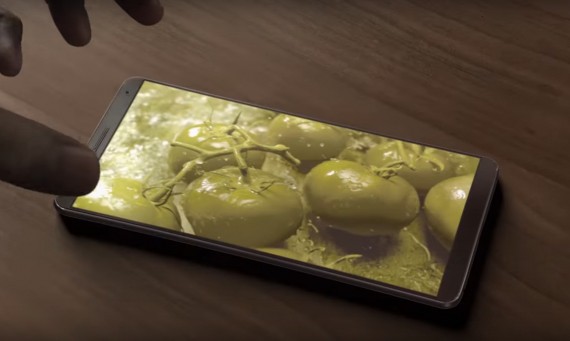 Days after Russian blogger and Samsung insider Eldar Murtazin shared his knowledge about the Samsung Galaxy S8, new leaks from an unnamed case maker regarding the Galaxy S8's design have been found and didn't match with the information he has given. (Photo : Samsung Display/YouTube)

When it comes to making bold predictions with mixed results, Russian blogger and Samsung insider Eldar Murtazin is one of the few well-known names that anyone can think of.

One of his famous predictions that proved to be accurate was the acquisition of Nokia. He boldly predicted that amidst all the hush-hush between the other companies trying to buy Nokia, Microsoft will swoop in and ultimately acquire the Finnish company.

There were also some close to accurate predictions like about his claim what the Samsung Galaxy Note 7 will have for its battery. Weeks prior to his claim, there were already rumors on the web that the Galaxy Note 7 will house a 4,000 mAh battery. But he then posted via his Twitter account that the said smartphone will have a 3,600 mAh instead, which in the end had a 3,500 mAh battery. Not accurate, but close enough nonetheless.

What Are His New Claims?

Not long ago, he did an interview with Mobile-Review. On the interview, he mentioned many interesting things regarding the Huawei Honor 6X, the Nintendo game console Switch, the Samsung Galaxy S8, and many more. But for this article, let's focus on the Galaxy S8.

The Alleged Promo Video Of The Galaxy S8

The Screen Sizes Of the Two Variants

By now, everyone is expecting that Samsung will release at least two variants for the Galaxy S8.  According to Murtazin, it will be a 5.7-inch model and a 6.2-inch model which will sport the new AMOLED display technology that should deliver a larger color gamut, better brightness, improved color accuracy and increased energy efficiency.

Is It Connected To The Recently Leaked Renders Of The Galaxy S8 And S8 Plus?

According to a written article at BGR, GSM Arena has acquired two alleged Samsung Galaxy S8 renders from an unnamed case maker with complete measurements and comparisons to the Samsung Galaxy S7 models. Here are the design specs from the leak:

The smaller version measures up to 140.14 x 72.20 x 7.30 mm which is as tall as the Samsung Galaxy S7 model, but slightly wider. It will also have an all-screen design with no physical button. Regarding its lower design, it has a 3.5 mm headphone jack, but won't feature a USB-C port.

The larger or premium model measures up to 152.38 x 77.61 x 7.940 mm, making it taller and wider than the Samsung Galaxy S7 Edge. And just like the smaller version, it also has an all-screen design, no physical button, and a 3.5 mm headphone jack as well

What Was Eldar Murtazin's Prediction?

I cannot say if both sources and leaks are true or not. But based on the track record of Eldar Murtazin, the basis of his claims cannot be entirely dismissed right away. As of now, we can only wait until Samsung will officially unveil the two Galaxy S8 variants. And if you want to see what were his other claims regarding the Samsung Galaxy S8, here is the summary of it.

According to Russian blogger and Samsung insider, Eldar Murtazin, the Samsung Galaxy S8 will come in two variants: a 5.7-inch screen and a 6.7-inch screen which will have a new AMOLED display technology.

The 2017 Samsung Galaxy A7 was officially introduced last January 5, 2017 and will be available at the market on January 25th, 2017. It is said to be the premium model of the Samsung Galaxy A series, but is it powerful enough to match the UMI Plus E that features 6 GB of RAM?

Does The Nokia 6 Have What It Takes To Match Samsung Galaxy S8?

Nokia and Samsung smartphones are the highly anticipated smartphones of 2017, both having their own comeback stories and plans to prove their worth. Nokia, freed from its contract with Microsoft is making a comeback and revive its glory days, while Samsung after its Note 7 fiasco is trying to make a statement that their smartphones are definitely high-end and safe to use.