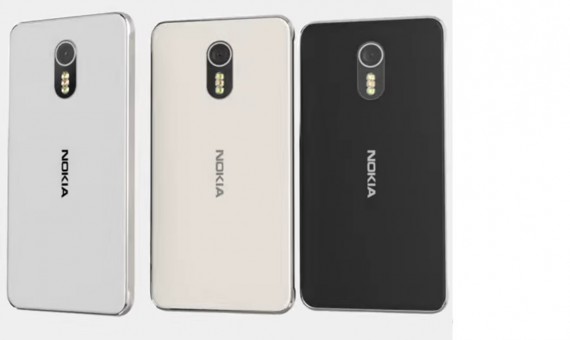 If the details showed in the video are right, the Nokia P1 will definitely become one of the major players in the smartphone business this year, having the possibility of competing against other giants in the tech industry. (Photo : Concept Creator/YouTube)

The Nokia P1 is definitely one of the most anticipated mobile devices this year, considering that this represents the return of the Finnish company to the smartphone business, after several years in which its possibilities of making a comeback seem quite short. Although there are some details that have been known about this phone, some specs and features remain unknown for the public, which has been something that has definitely increase the expectations toward this mobile device. Fortunately, new leaks have recently appeared, and it reveals that the Nokia P1 might be greater than any mobile device.

Glass Build And Fingerprint Sensor On The Home Button

Naturally, we advise to take the leaked information about this mobile device with a pinch of salt, given the fact that the Finnish company hasn't confirmed anything, and there´s always the possibility of not seeing one of the suggested specs or features in the Nokia P1 once it gets released. This being said, is also important to clarify that the leaks are concept renders of the mobile device that has been published on YouTube, showing some interesting thing about the Nokia´s flagship.

Also, the video illustrates that the Nokia P1 would sport a 5.3-inch display covered in Gorilla Glass 5. Of course, in addition to the fact that with this kind of protection the mobile device would be completely resistant to drops and spills, the main thing is that the size of the display would be perfect, considering that large smartphone is something that customers´ still aren't getting used to.

Another great detail showed in the video is that below the display, the Nokia P1 will have the classic physical home button with an embedded fingerprint sensor for quick locking and unlocking. Although major brands as Apple are ditching the physical button, is expected that keeping it will be some kind of save-play from the Finnish company, given the fact that most users are completely familiarized with it.

The Nokia P1 Will Sport A Powerful Camera

On the other hand, a great detail revealed in the concept video is that this flagship would feature a Zeiss-certified 22.6MP rear camera, which is something that could assure the Nokia P1 success in the market, considering that this is one of the most powerful lenses that any mobile device could wear. Also, the Nokia P1 will be equipped with a 3,500 mAh, which is one of the greatest that can be found today.

The video also seems to confirm what was already reported in a previous article: the existence of the almighty Qualcomm Snapdragon 835 processor in the Nokia P1, coupled with 6GB of RAM. Of course, this is probably one o the greatest details about this mobile device, given the fact that this powerful chip will only be used by a few smartphones this year, and the Finnish company will be one of the first to offering it in its flagship.

Apparently, the 128GB model of the Nokia P1 will be priced around $800, while the 256GB variant will be around $950, which seems a little expensive for a mobile device that's making a return into the smartphone business. Also, this product will be running the Android 7.0 Nougat out of the box and is expected to be unveiled at the Mobile World Congress this month.

In a moment when Chinese smartphones will take the big leap to the American market, and Xiaomi won´t, the Redmi Pro 2 will be its most important weapon to maintain its relevance in China.

The Honor 8 Lite Has Finally Been Leaked, Looks Exactly As The Huawei P8 Lite

The Honor 8 Lite clearly represent one of Huawei´s weirdest moves ever, which might be quite risky considering that this year the company will finally arrive to the American market.

The Huawei P10 and P10 Plus would definitely be two of the most incredible mobile devices that will be released this year, to the point in which this series could compete against the iPhone 8.