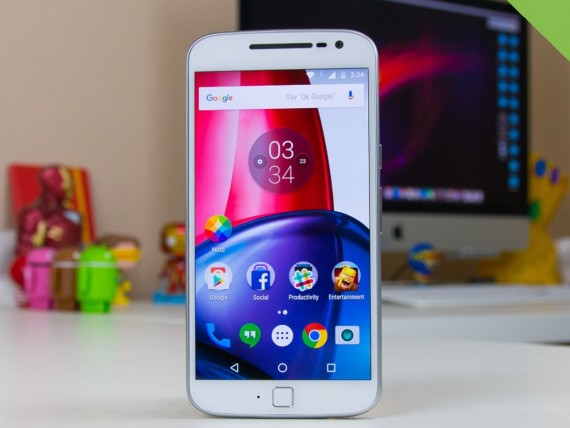 Lenovo set out invites to MWC 2017 where it is expected that the company will debut the Moto G5 Plus. (Photo : Android Authority/YouTube)

The thing about the budget smartphones is that almost every single one of them offers different specs and features that make it a product very difficult to choose, given the fact that you must pick the one that fits the most with what you´re looking for. If you need some help selecting the most proper to your needs, here is a little comparison between three of the greatest budget smartphones of 2016.

One of the most recurring issues that everyone finds in a budget smartphone is that these mobile devices are far from outstanding in the aesthetic field. Although many customers don't pay too much attention to this detail -since it is obvious that this is not what it makes a phone an incredible product- there are others who are more exigent and also prefers that the smartphone should look good.

If you are this kind of customer, you would feel great by knowing that the Sony Xperia M4 Aqua is probably the most important budget smartphone in this feature, giving the fact that we´re talking about a mobile device that is extremely attractive. This phone has a nice slim appearance and a classy glass exterior that makes it look just like a flagship.

Although there are other budget smartphones that are equipped with better specs and features than this one, the Sony Xperia M4 Aqua it has all the key features than any modern phone needs, including a great battery life, waterproof, 5-inch, 1,280 x 720 display13-megapixel camera, built-in 4G and NFC. If you´re looking for an affordable and good looking phone, this is it.

The Xiaomi Mi5 was so amazing that it was very difficult for the Chinese brand to release another budget smartphone that could compare. However, the Xiaomi Redmi Note 3 is even better, since this is one of the cheapest and largest of this kind, given the fact that this mobile device has a very affordable price and a 5.5-inch screen with a 1080p resolution.

We´re talking about an incredible budget smartphone that actually outranked the almighty Samsung Galaxy S6, and is characterized for being a strong performer, thanks to the fact that it is equipped with a MediaTek Helio X10 CPU and either 2 or 3GB RAM. Also, the Xiaomi Redmi Note 3 has an incredible battery life, and it is one of the few all-metal mobile devices that you can find in this kind of product.

Naturally, you can´t expect the best performance in the camera, just like many other budget smartphones, but the truth is that if you´re not exactly the kind of persons that wants top class quality in every single photo, the camera works decently well. This great mobile device also comes with fingerprint scanner sensor and dual SIM.

Moto G4 Plus: Even Better Than Its Predecessor

Its predecessor Moto G4 was one of the best budget smartphones ever released because it represented a great deal in which an affordable and spectacular specs and features were combined. However, this one is even a better one, since it is equipped with Android 6.0.1, 3,000 mAh battery, a Snapdragon 617 processor, a 1080p 5.5 screen and every other single detail that the regular version has, in addition to some areas in which this mobile device has pushed forward.

For example, the Moto G4 Plus is equipped with a fingerprint scanner just below the screen, which is extremely fast and accurate and could be used as a home button and scanner. You would be then surprised by the fact that this budget smartphone have an improved camera with a 16-megapixel sensor and a laser autofocus that makes you lock on the target faster than ever. Also, another great detail about this phone is that the internals is so much better than its predecessor, considering that you can choose between 2GB or 4GB RAM, 16GB, 32GB or 64GB of internal storage.

Fitbit Just Acquired Pebble: The Next Possible Tech Acquisitions You Should Be Aware Of In 2017

Although there is no company that wants to buy Twitter right now, there´s a chance that the social media ended up being acquired by a buyer who doesn't care about changing everything about the platform.