The Most Incredible Tech Super Bowl Ads Ever 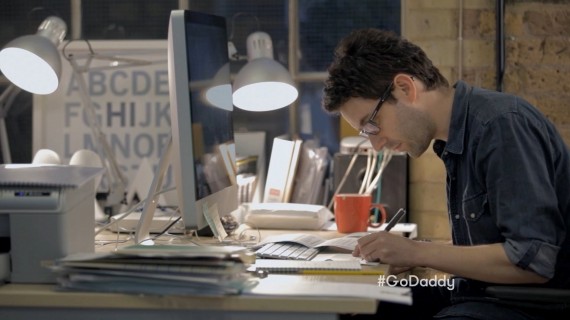 Throughout the history, tech Super Bowl ads have been characterized for the way in which it blew people´s mind, and managed to be extremely decisive to turn the product or the brand into a major player in the market. Given this fact, here are the most important commercials from tech companies that have been seen in the history of this major event.

Apple´s Commercial In The Super Bowl 1984

There´s no doubt that this was probably not only the most important tech advertising in a Super Bowl but also the most important in the history of technology, considering that Apple´s history had its most decisive turning point since this particular moment. In addition to the ad´s creativity, being on this edition of the Super Bowl in 1984 helped the Cupertino company to become another tech giant in the market in front of everyone´s eyes.

The commercial directed by the legendary Ridley Scott was the most spectacular representation of Apple´s rebellious position against IBM, in a world which aesthetic was sort of dystopian and cyberpunk, like an interesting combination between George Orwell´s novel 1984 and the film Blade Runner. This advertising wanted to promote the Macintosh, which debuted several days after this Super Bowl, and jut as the commercial suggested, it managed to become the liberator of a world ruled by the IBM´s computers.

Hulu Commercial In The Super Bowl 2009

Although there are many reasons to endorse Hulu, the main one would definitely be its decision of appearing in front of the public eyes for the first time in the Super Bowl 2009, given the fact that this way, the company would start with a major leap that eventually was highly decisive in its later success. However, the most spectacular detail about this tech Super Bowl ad was that it was one of the most unorthodox in the history.

Believe it or not, far from making a predictable kind of commercial, Hulu decided to use a strategy that no one will ever forget: to sell itself as an evil alien plot which main goal was to destroy the world no matter what. Of course, another great decision from Hulu was to hire actor Alec Baldwin as the main character of the Super Bowl commercial, given the fact that this was also quite helpful to get the company huge amount of subscribers.

GoDaddy Commercial In The Super Bowl 2015

This was definitely one of the most surprising tech Super Bowl ads ever, given the fact that everyone was expecting GoDaddy´s commercial to be groundbreaking, considering that this is a company that has seen its own ads censored in this major event after paying millions of dollars for it. This is because some of these ads have been quite controversial, so the world´s eyes were staring at the company more than ever in the Super Bowl 2015 to see what it would show.

Far from keeping with the controversy, GoDaddy actually showed one of the greatest, clever and quieter commercials that have been seen in this sport. This tech Super Bowl ad was about a regular business owner who actually missed the game for being working, which represented the public which GoDaddy was targeting with this particular commercial. Of course, while there were many people who expected another aggressive, commercial, this one was quite recognized.

Once Snapchat becomes IPO, it would set a whole new battle against its most ferocious competitors Instagram, Twitter and Facebook, given the fact that this company will have to maintain its users no matter what.

Huawei P10 vs Xiaomi Mi 6: Which Could Be The Most Popular Flagship In China?

The Xiaomi Mi 6 would sport a ceramic body that would make it one of the best-looking smartphones in the history. The Huawei P10 would definitely be one of the greatest flagships this year.

With the release of the Galaxy S8 and the Galaxy Note 8, Samsung will probably maintain its top position this year. However, is quite probable that the Chinese smartphones end up conquering the market in the midterm.