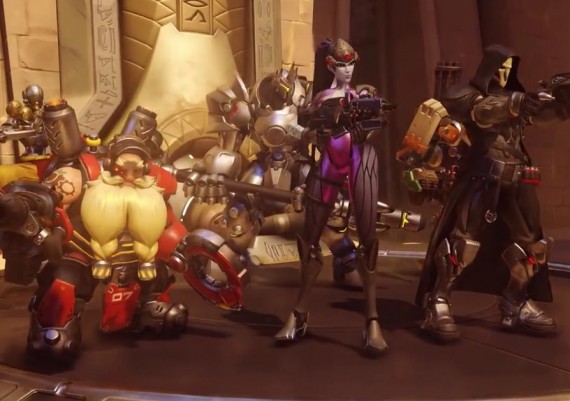 After banning more than 20,000 Korean players, two Overwatch flirting pro gamers were banned from playing the game. In addition, they were not allowed to join their team in the coming APEX competitions. (Photo : Overwatch EU/YouTube)

The noose is tightening on Overwatch players that are using the game for nefarious purposes. Two Overwatch flirting pro gamers are getting banned from playing the game because of the obvious implications of what they committed. Apparently they have indiscreetly affected multiple female fans of the video game.

Overwatch Has Banned Two Pro Gamers For Flirting With Their Fans

It seems that lately Overwatch is disciplining its gamers for actions they committed that adversely affected the game. News came out just recently that thousands of gamers in Korea were banned because they apparently committed acts of hacking in order to get unfair advantage over other players. Blizzard considered this as cheating. And now, Overwatch flirting pro gamers have been exposed as well.

What's interesting about this new fiasco is that the infraction was committed by two Korean Overwatch flirting pro gamers. You would think that after more than 20,000 Korean players were banned because of cheating that they will have already learned their lesson. However, recent events indicate that this is not so.

Actually, the two Overwatch flirting pro gamers were doing it for quite some time now; that means even before the massive game cheating was exposed. But their victims just kept mum about it. Could the recent banning of thousands of cheating Korean players have encouraged the victims to come out and let out their grievances against the offenders?

The Two Offenders Are Not Allowed To Join APEX

The two Overwatch flirting pro gamers are members of the Lunatic-Hai, a South Korean team. They committed their offenses against multiple female fans. Geum "Dean" Dong-geun and Lee Tae Jun, the two pro gamers, were suspended by Blizzard for two months. In addition, they were banned from joining the Apex Season of OGN, one of the biggest competitions in the world for Overwatch.

It seems that the complaint against the two Overwatch flirting pro gamers is valid because of the evidence presented by the victims. Several female fans of the Lunatic Hai team presented a number of SNS evidence showing Dean and Lee having affairs with multiple female fans online. Apparently they have committed their affairs simultaneously without telling the other women about it.

The accusation was previously brushed aside by the two as just pranks made by haters of the team. But when pictures came out, there was no denying that the two Overwatch flirting pro gamers are really guilty. Leetajun initially denied the accusation but when the evidence was presented, he turned off his steam and issued an apology, along with Dean.

They Were Banned For Serious Reasons

At any rate, the Korean Overwatch community has expressed their regrets about the fiasco. They don't want their professional status in the international arena to be tainted by the two Overwatch flirting pro gamers. The community would like to focus their efforts now on APEX which is scheduled to start in a couple of months.

Overwatch: Year Of The Rooster Is Now More Popular Because Of Lunar New Year Elements?

By releasing Overwatch: Year of the Rooster update, Blizzard seems to have succeeded in making the game even more popular than before.

Overwatch Review: Here Are Some Of The Reasons Why This Video Game Has Surpassed The 25 Million Player Milestone

Overwatch has recently reached a milestone, according to Blizzard, its game developer. It appears that it has already reached its 25 million plus players. Why is this video game so popular?