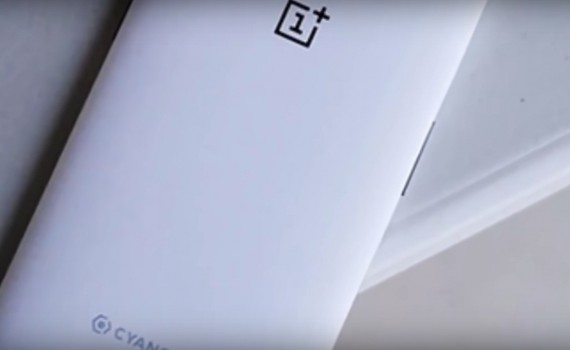 The OnePlus 5 is the sequel to the OnePlus 3T that comes with high-powered specs and features. Because of that it is also dubbed as the "iPhone 7 Killer." (Photo : Rakib Khan/YouTube)

The OnePlus 5 (previously known as OnePlus 4) is a highly anticipated smartphone since the OnePlus 3T was released. Powered with amazing specifications and partnered with a reasonable price that is capable of overpowering Apple's 2016 flagship, it is dubbed to be the "iPhone 7 Killer."

Why OnePlus 5, Shouldn't It Be OnePlus 4?

As you may know, OnePlus is a Chinese smartphone manufacturer, hence it comes with the belief in Chinese culture that the number 4 is considered to be bad luck - this was stated by Know Your Mobile. This practice has also been demonstrated by Vivo when it skipped the Vivo V4 and released the Vivo V5 instead.

In previous reports, the OnePlus 5 was expected to be released either on May or June. Now, new reports assert that the device will be launched in April. Regarding its retail price, some reports claim it to be $400, while others say it will be $500. Compared to the iPhone 7, the retail prices are $649 for the 32 GB variant, $749 for the 128 GB variant and $849 for the 256 GB.

The OnePlus 5 is expected to feature a 5.5-inch Quad HD AMOLED display. It will be packed with Qualcomm's Snapdragon 835 chipset. Compared to the iPhone 7, the Apple device features a 4.7-inch LED-Backlit IPS LCD capacitive touchscreen and is powered by the Apple A10 Fusion chip.

The OnePlus 5 will have an internal memory storage of capacity of either 256 or 126 GB. As for the RAM storage capacity, it is said to be 6 GB of Ram. However, News 18 speculated since that the OnePlus 3T features 6 GB of RAM, the OnePlus 5 could possibly have 8 GB of RAM. But if you ask me, I don't think that 8 GB is necessary for now. Just having 4 or 6 GB of RAM storage is enough for a smartphone to perform quite well in keeping opened apps in the background running.

For the iPhone 7, it has only 2 GB of RAM and the internal storage variants are 32 GB, 128 GB and 256 GB. But don't let the 2 GB of RAM fool you, it is still capable of managing apps running on the background quite well.

According to previous reports, the OnePlus 5 was said to have a 23 MP rear camera. Now, recent reports are claiming that it will be a 23 MP shooter. At the front, it will have a 8 MP sensor. On the other hand, the iPhone 7 features a 12 MP rear camera and a 7 MP front-facing camera.

It has been reported that OnePlus has explained that they won't be offering smaller handsets and will most likely have 3,500-4,200 mAh battery for their upcoming flagship phone. The OnePlus 5 will be powered by a 4,000 mAh battery. For the iPhone 7, it is packing a non-removable Li-Ion 1960 mAh battery.

I think it should not have been called the "iPhone 7 killer." Instead, it should be the "iPhone 7 Plus killer" to give it a more powerful nickname (or is it just the same?). However, when compared to the upcoming iPhone 8 I think this device does not have what it takes to overpower the 2017 Apple flagship.

Nevertheless, the OnePlus 5 is still worth buying not only because of its reported specs and features, but because of its price range. I mean, a $400 or $500 smartphone packing this kind of power is mind-blowing that it feels too good to be true.

A speed test comparison between the UMI Z and OnePlus 3T was conducted by a YouTuber that goes by the name RedSkull. He has a lot of interesting things to mention about the two devices.

Before it was even released, the OnePlus 3T was one of the highly anticipated phones of 2016. Here are the news, specs, price and features. See also how it is compared to one of the hottest phones right now, the Vivo V5.