ZTE Blade A2 Plus Review: A $178 Smartphone With Amazing Performance 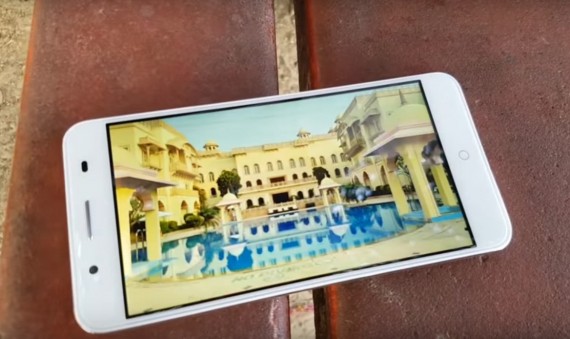 The ZTE Blade A2 Plus was just recently announced this month and is now available for purchase. Its retail price is only $178.

In terms of design, the ZTE Blade A2 Plus is not competing for the thinnest smartphone, because of the 5,000 mAh battery that it is packing. It features a body dimension of 6.10 x 3.00 x 0.39 inches and weighs 189 grams. Though thick, it looks pretty much like a premium smartphone.

On the right side of the phone, you will find the volume keys and the power button. On the left is the SIM card slot. Happy to say that it does have a 3.5 mm headphone jack located at the top, while at the bottom are two speaker grilles and a micro USB charging port.

For the phone's back design, it has slightly curved edges that upon holding it, the device does settle comfortably on the hand. Aside from that, you will also find a 13 MP rear camera, a fingerprint scanner and a flashlight located in between.

The ZTE Blade A2 Plus features a 5.5-inch IPS LCD capacitive touchscreen with a screen resolution of 1080 x 1920 pixels. Regarding its display quality, contrast levels are good, colors have a natural tone to them and screen sensitivity is also good. The only downfall of its amazing screen is that it struggles with visibility under direct sunlight.

The Platform And Internal Memory

The ZTE Blade A2 Plus runs on Android 6.0 Marshmallow (there is no information yet if it will have an Android Nougat update) and packs the MediaTek MT6750T octa-core processor. It has an internal memory storage of 32 GB with 4 GB of RAM and has an expandable memory option of up to 128 GB via microSD.

For its performance, its 4 GB RAM storage alone is more than enough to make it capable of handling even the most intensive application with no major issues at all. Screen navigation is good and opening apps do not show any sign of lag as well. The phone itself also has a number of customization options for the user to tweak the look and feel of the smartphone, making it more user-friendly.

The ZTE Blade A2 Plus features a 13 MP rear camera that is only capable of recording videos at 1080p@30fps and an 8 MP front-facing camera.

For its 13 MP rear camera performance, the picture quality is slightly above average. Day shots and under artificial lighting capture pictures in sharp details and the colors look natural. However, its performance in low light conditions simply isn't impressive.

For the 8 MP front camera, taking a selfie under good lighting is great. It even has this gesture mode that you will just need to raise two fingers and it will automatically take the shot.

There is a reason as to why the ZTE Blade A2 Plus is heavy and thick. It houses a 5,000 mAh battery that can easily last up to two days. It even has a reverse charging feature, which in my opinion is a big plus.

A new upcoming smartphone by Xiaomi, the Redmi Note 4X, has been spotted. It reportedly comes with a Hatsune-Miku-based design that is dedicated to the virtual popstar. But is it enough to overpower Samsung's Galaxy S8?