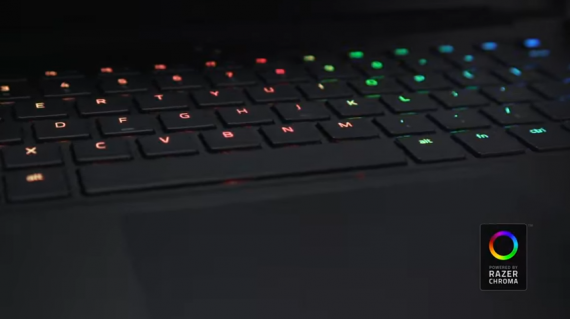 The Razer Blade, arguably one of the best gaming laptops that runs on Windows 10, has just been announced for an upgrade. The company is making the 14 inch laptop more powerful and more beautiful. (Photo : R Λ Z Ξ R/YouTube)

Windows 10 may not have a lot of current advocates, but as far as operating systems go, it is actually not a bad one to use. Especially when fitted with the right hardware, such as the Razer Blade, it can be quite powerful and efficient. More importantly, however, the 14 inch gaming laptop is getting a suitable refresh that will give it even more power.

As Beta News reported, some users argue that Windows 10 is actually the best OS release from Microsoft, especially when placed in the gaming sphere. Just the same, the Razer Blade has arguably one of the best hardware to showcase this. And with the recent refresh, it will become even more so as the device will come with the new Intel Kaby Lake processor, as well as an additional option for 4K display.

The company confirmed that the Kaby Lake processor makes the Razer Blade more powerful and more efficient now than it was last year. In addition, the notebook's CPU achieves double-digit increased in terms of productivity. Moreover, it was paired with the NVIDIA GeForce GTX 1060 graphic, which reportedly delivers the best frame rates in an ultra-thin gaming laptop.

The new Razer Blade is still as still as thin as it was previously, as measures just 0.70 inches at its thickest portion. The weight, meanwhile, is just over four pounds, largely because of the device's unibody CNC aluminum chassis. Overall, the company boasts that its performance is matched only by its weight, portability and durability.

All models of the new gaming laptop come with a Full HD panel, but individuals will have the option to upgrade the same. The 4K display option will provide Razer Blade users the ability to play games in 4K quality, which will theoretically enhance their overall gaming quality. As an added bonus, a touchscreen interface is also featured.

Other than these features, C|Net has reported that the Razer Blade remains primarily untouched from its predecessor. There is still, for instance, 16GB of system memory as well as a choice between 356Gb, 512Gb and 1TB of SSD storage. It will also come fitted with one USB-C Thunderbolt 3 port, as well as three USB 3.0 ports. There is also an HDMI 2.0 video and audio output, as well as a 3.5mm headphone/mic combo jack.

Admittedly, the company did not make that much enhancements from its earlier release, but the appeal of newer specs might be enough to push the doubtful into purchasing the device. Now is arguably the time to do so, if a Razer Blade gaming laptop is not already being used. At this point, it is arguable the best Windows 10 gaming laptop in the market.

The new 14 inch Razer Blade has a base price of US$1,799 and EUR1,899. Retailers from the Unites States are expected to start rolling out the device around February 20. Meanwhile, worldwide availability will begin in March. For those that prefer the 4K UHD model, however, availability will not begin until the second quarter of the year.

The best gaming computers, such as the Volta V, need not be intimidating in terms of aesthetics in order to provide the necessary power that will deliver a good gaming experience.

Microsoft is in the midst of processing its next big OS update, dubbed the Creators Update. And while several features are geared towards the more tech-savvy public, some additions will be vital for everyday users.

Nintendo Switch Official Specs Released, Why It Will Be A Good Investment

Ever since the Nintendo Switch was announced, Nintendo has been filtering information to the public. With less than two months until its official release, the console’s official specs have finally been revealed.

It’s possible that one reason Qualcomm still feels confident about winning these comparisons because ARM has continued to iterate on its CPU designs, while Intel’s last major refresh of its smartphone and tablet division was back in 2012.