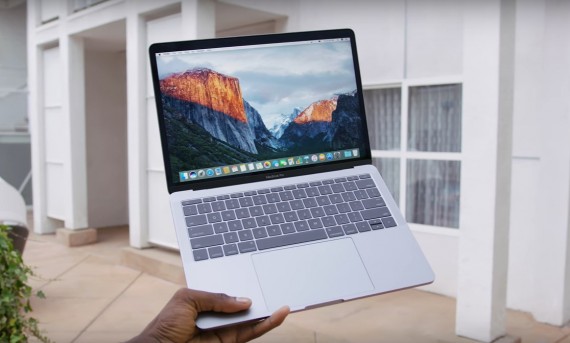 The 2016 MacBook Pro is no doubt a premium laptop released last year, but struggles a little bit with battery life. Here are some tips to make it last throughout the day. (Photo : Marques Brownlee/YouTube)

A recent report was published regarding a man's experience with his 15-inch 2016 MacBook Pro. Yes, it is "the" Apple laptop that initially failed to get the recommendation of Consumer Reports last December and later earned it the following month.

The first key in making the 2016 MacBook Pro's battery life is by using relatively little power as much as possible, which means that you will need to crimp your style in using it. Essentially, things such as surfing the web over a wireless network connection and watching iTunes videos are great, because it only uses less power. However, revving up the laptop's processor by performing tasks such as editing videos, downloading huge files and playing graphically intense games will only lead in falling below that 10-hour benchmark of the 2016 MacBook Pro's battery life.

It is a big plus that Apple has decided to make the 2016 MacBook Pro's screen brighter. However, the company has also shrank the battery size from a 95.5 watt-hours of capacity for the 2015 MacBook Pro to a 76 watt-hours of capacity. And even though it is indeed a fact that the 2016 MacBook Pro is 30 percent more power efficient, its screen is also 67 percent brighter (when you max it out), so it is advisable to tone down that brightness to save more battery life.

Remember To Use Safari

Though many rivals apps are working on improving its efficiency, Apple's browser often does a much better in terms of battery life. Part of the reason is because it refuses to let the 2016 MacBook Pro use its high-performance but power-hungry AMD graphics processor. It is also important to note that the built-in Intel GPU isn't that powerful, so sites like Google Maps may not run that smooth. But still, it is a lot better when you're thinking about conserving battery life.

To some people, keeping a lot of apps or browser tabs running in the background is inevitable, and I personally agree with this. However, if you want your 2016 MacBook Pro's battery life to last throughout the day, you might want to consider closing those apps and browser tabs in the background, because they consume power.

The new USB-C ports of the 2016 MacBook Pro are great - that is if you have the right cables and peripherals. But if you don't have that, you will definitely need dongles that needs a chip to convert video data to HDMI.

Use Full-Screen Mode, Turn Off Closed Captioning On Videos

To some people who don't want to watch videos in full-screen, you might want to consider watching them in this format. By doing this, it will extend your 2016 MacBook Pro's battery life by 45 to 60 minutes.

Top 3 Reasons You Should Buy The MacBook Air Now

The 2016 MacBook Air is a powerful laptop and here are 3 reasons why you need to buy one.

Apple's Macbook Pro has been officially released and it might very well be dubbed as the King of Laptops this 2016.

Actress Gabrielle Union is taking action and speaking out against NBC after she quit America's Got Talent. That's after they announced they stood with the Black Lives Matter movement.