UMI Plus E vs Nokia 6 vs Samsung Galaxy A7 (2017): Which Mid-Range Smartphone Is Better? 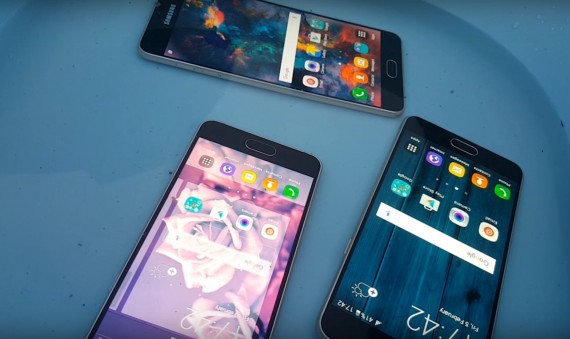 The UMI Plus E, Nokia 6 and Samsung Galaxy A7 (2017) are mid-range but premium-looking smartphones that offer some of the best specs and features. Between these three phones, which is better? (Photo : XEETECHCARE/YouTube)

The UMI Plus E, Nokia 6 and Samsung Galaxy A7 (2017) are android devices that offer some of the best specs and features for a mid-range smartphone. Among these three, which offers the better deal?

Lastly, the Samsung Galaxy A7 offers a combination of glass and metal design. The body dimensions of this device are 77.6 x 156.8 x 7.9 mm, while there is no detail about how much it weighs yet.

Normally, I prefer a smartphone with a body weight of around 160 grams. However, given that the Samsung Galaxy A7 features a glass and metal design and it does really look good, I will give this round to it.

For this round, I will give it to the Nokia 6 and Galaxy A7. For the Nokia 6, it is due to its Nougat feature while for the Galaxy A7 is due to its Exynos 7880. Yeah, the Helio P20 is powerful, but when it comes to chipsets, I personally trust Qualcomm, Exynos and Apple's Fusion chip only for a smartphone.

As for the winner of this round, I personally would prefer a smartphone with 4 to 6 GB of RAM. So base on the numbers alone, the Nokia 6 will be the best choice.

Personally, I think that the sweet spot for a smartphone's camera is 12 to 13 MP. Though in reality having a higher MP size will definitely give you high-quality photos, the thing with smartphones is that it doesn't have enough space to house all of those MPs.

You can see that most smartphones that have high camera MPs shoot amazing pictures in both sunny and under artificial lights conditions, but in low light they tend to struggle. This is why I will give this round to the UMI Plus E.

At the end of the day, all these smartphones offer the best there is in the midrange segment. Given that the UMI Plus E won in most of these areas, there are still other factors such as availability, after-sales service and carrier dependency that need to be considered. Basically, if the features and specifications mentioned above, tick those on your lists, then you can never go wrong with whichever among these smartphones you might decide to go for.

The Galaxy S8, S8 Plus and Moto G5 Plus are high-end smartphones expected to be released this year. With all the leaks coming out regarding their specs and features, what do we know so far?

Smartphone Myths That You Thought Were True But Are Actually False

Here is a list of the common myths that most of us believe in. Part of the myths include: having a higher MP camera produces better pictures under artificial and low light conditions, charging frequently destroys battery life, and many more.