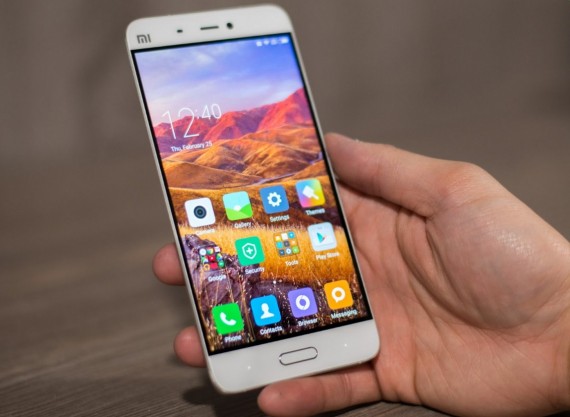 The fact that Apple is not so popular in China as in America is something that everyone knows, due to a reality that this is a whole different market with major competitors and has various customers, which makes the achievement of being the most attractive brand into something extremely difficult, even for a company that is used to the biggest success wherever it goes. However, what seems really surprising is that latest information reveals how Apple was moved to the fifth place of China´s smartphone market, to the detriment of Xiaomi, which now occupies the fourth position.

Believe it or not, this Chinese company managed to beat the Cupertino giant in the fourth quarter of 2016, thanks to the fact that it managed to sell more units, which clearly shows the way in which its popularity is high enough to compete against the most powerful brands. According to market research firm Canalys, although Xiaomi shipped a total of 51.4 million units of mobile devices with a 21 percent year-on-year decline, its market share decreased from 15.2 percent in 2015 to 10.7 percent in 2016, which is the lowest since 2013.

Naturally, this particular detail is quite concerning for Xiaomi, given the fact that its position in the Chinese market might be more threatened than ever because of its decision of not making the global leap, and because this is something that some its competitors are going to do this year. Nevertheless, this performance shows that the brand still counts with a popularity that could make it resist this situation at least for a year, which gives Xiaomi a little bit of time to make the proper actions to make the global leap or find out a strategy to maintain its numbers while it remains this way.

On the other hand, Apple´s situation in China´s smartphone market has been quite concerning, given the fact that the Cupertino company shipped 43.8 million units of iPhone throughout the year, which represent a year-on-year decrease of 18.2 percent. In fact, this is something that influenced Apple´s 7 percent decline in global shipments compared to 2015, which is definitely a delicate situation that the tech giant needs to solve as soon as possible in order to maintain a top position in the Chinese market.

As you might imagine, losing ground every quarter in this gigantic market is really harming for Apple´s ambition, given the fact that Chinese smartphones will probably conquer the global market. Nevertheless, is expected that the upcoming iPhone 8 might help the company to achieve greater popularity in Asia´s first economy.

In addition to Xiaomi and Apple´s situation, Canalys´ research revealed that the first position in China´s smartphone market in this fourth quarter of 2016 is occupied by Huawei, which managed to ship 76.2 million units. On the other hand, the second place goes to Oppo with 73.2 million, while the third place was conquered by Vivo, with 63.2 million. Also, another interesting detail is that there was a total of 476.5 million mobile devices shipped in China, which represents an 11.4 percent rise from 2015 levels.

Although Twitter is facing the most difficult moment in its history, Jack Dorsey bought $7 million of its stocks in order to show an optimistic picture to investors and increase his power as CEO.

Apple Might Cut The Power Cord From The iPhone 8

Although cutting the power cord seems to be a radical move from Apple, it is believed that this needs to be done so the iPhone 8 could integrate the wireless charging in an easier way.

Everything You Need To Know About The New Nokia 3310

The fact that the Finnish company decided to reboot the Nokia 3310, even this is not even a smartphone, it clearly represents an intention of emphasizing its legacy.