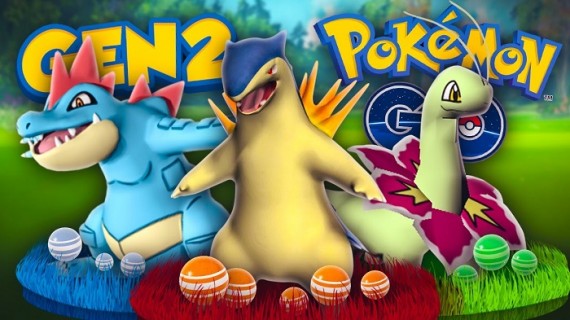 Most Pokemon GO players are still trying to fit their gameplay to Gen 2, the arrival of new set of Pokemon. (Photo : MoreAliA/YouTube)

There's so much joy within the Pokemon GO community following the release of Gen 2. The latter, in the sense of explanation, brought a new set of Pokemon to the titular game. Aside from that, new features have surfaced. All in all, this has rekindled the fire that has once burned out due to Niantic's slow progress in developing the game. Now, for anyone who's still trying to walk the journey with the second generation creatures, this article will help them out. This guide will teach them how to best take advantage of the said monsters.

Better Save Those PokeBalls And Other Items

As what Forbes explained, this is one of the best things to do with the arrival of Pokemon GO Gen 2. But of course, this will all depend on the kind of inventory situation that players have. The idea is to play cautiously and spend items carefully. For instance, instead of using an Incense for a certain Gen 1 Pokemon, why not use it for the second generation creature? It just makes total sense, most especially if players are low on stocks. Besides, as what the studio announced, Gen 2 creatures produce more rewards and exciting stuff. So yeah, better go with this option.

Like what Pokemon GO players did in Gen 1, Gen 2 is also about using a good number of candies. In this new generation, tons of creatures will once again be of relevance thanks to the new evolutions. But of course, with such process comes great candy requirement. So, as much as possible, stock up on candies. Don't use them on evolutions that don't really matter. Be on the look for the likes of Poliwag's evo (Politoed) and Slowpoke's (Slowking). Or perhaps, go with Eevee's Espeon and Umbreon. The list just goes on and on, and there's so much of these that candies are going to be of huge importance.

Make Sure To Hatch Those Current Eggs

This one here is completely understandable in Pokemon GO. First and foremost, despite the arrival of Gen 2, Niantic won't necessarily change the existing eggs (from Gen 1). There are those who believe that hatching them today will result to a Gen 2 Pokemon. Not necessarily. In fact, it's a much better option to burn all of them and pick the ones that are for the next gen. Of course, the decision to do so still relies to the players. However, it's safe to say that any of those eggs from the first gen won't hatch something special.

In Pokemon GO Gen 1, most players don't decide to upgrade their storage. After all, the creatures in the wild aren't enough to fill it. Or, in a sense, the capture they have don't have the right amount. However, in Gen 2, this is a requirement. Players need to ensure that they have enough space to store items. Besides, if they were able to, Niantic gave some discounts on upgrading storages. If there are chances of this event happening again, it's better to take advantage of it right away.

Is Hatching While Catching Possible In Pokemon GO?

A Pokemon GO glitch somehow lets players do both hatching and catching at the same time.

Here Are The Best Trackers Available For Pokemon GO

Want to know what are the best trackers left for Pokemon GO? Check out this list now!

Here's Why Pokemon GO Is Skyrocketing Once Again

Believe it or not, Pokemon GO is once again on the roll. Check it out here!

Niantic has been able to keep up with the sudden change of life where people are mostly staying indoors by offering awesome Pokemon Go deals weekly for players to take advantage of!

Ever wondered what the top 3 Normal type Pokemons for defense would look like? Well, here they are!