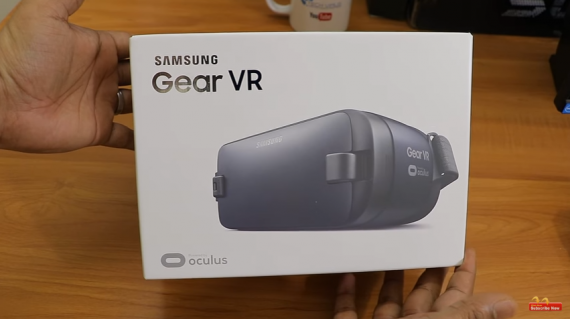 When it comes to mobile virtual reality, hardly any company can compare to Samsung. Its VR headset has taken the market by storm and the company has just released its newest accessory, the Gear VR controller. (Photo : TechVirus/YouTube)

The virtual reality industry has been split between two key types, mobile, and non-mobile. On the mobile side, Samsung's Gear VR, arguably, has the best hardware available. But like a true leader in the market, the tech giant is not going to slow down, as proven by its recent release of a vital VR accessory: A controller.

On the other side of the fence are the likes of the HTC Vive, the Oculus Rift, and the PlayStation VR. These players have paved the way for virtual reality, but the biggest limitation is that they need to be tethered to a computer or the PS4. But with mobile VR, users can bring their VR experiences anywhere they wish.

As noted by C|Net, the Samsung Gear VR really is one of the most popular players on the mobile VR platform. It is compatible with the more recent Samsung smartphones such as the Galaxy S7, S7 Edge, Note 6, S6 and the S6 Edge. One of its largest drawbacks, however, is that users had limited control via a touchpad attached the headset itself. The new controllers will theoretically allow more movement and an overall more efficient and enjoyable experience.

The controller itself is lightweight and easy to hold. It features a clickable trackpad at the top, a home button, a back button and two others dedicated for volume. There is also a trigger underneath the touchpad. The controller was unveiled at the Mobile World Congress 2017, but an actual demo was limited. It will take a while before a thorough review of the accessory can be discussed.

As the publication continued, it is about time that Samsung released a controller for its Gear VR. The platform as a whole has a lot of potentials and offers some of the most immersive VR experiences currently available. But even then, there was the limitation of that small trackpad built into the headset. Hopefully, the controller hurdles that.

The publication noted as well that the Gear VR controller resembles a smaller HTC Vive remote or a slightly more powerful Google Daydream controller. These similarities are not necessarily detrimental, as both HTC and Google have some of the best overall VR setups. Whether or not Samsung properly copied the technology will be up for debate until it is made available in the market.

The controller is likely to be available in a bundle with the new Samsung Gear VR, but it can also be bought separately and will still work with the older version of the headset. The official release date and the price was not discussed, but more details are expected to be made public before the month ends. Samsung is scheduled to host an event on March 29 in New York.

In the world of virtual reality, Sony has made it to the top as the company has just recently confirmed the sale of over 900,000 PlayStation VR headsets.