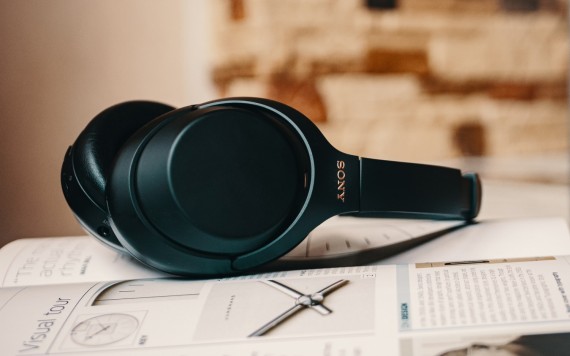 The Sony WH-1000XM4 has large shoes to fill. Its predecessor, the WH-1000M3, set the bar high in terms of active noise cancellation (ANC) and good over-all audio quality to boot.

These two headphones appear nearly like twins. From a design standpoint, Sony is sticking to what works well. Instead of bringing something new to the table, it decided to just stick with a previous general design that most consumers and users like.

Both models have touch controls on the right ear cup. Using these intuitive controls allows you to play, pause, and skip tracks. Using taps and swipes, the WH-1000XM4 and WH-1000XM3 allow the user to also adjust the volume.

They may have the same touch control interface but the Sony WH-1000XM3 was overly sensitive and was thereby prone to accidental inputs. This is where the Sony WH-1000XM4 comes a bit shorthanded. It should've have taken cue from the shortcomings of the previous generation and improved upon them. Ironically, the WH-1000XM4's touch controls were at times, unresponsive.

When it comes to software features, both gears offer the same experience. Just install the Sony Headphones Connect app. There are Android and iOS versions of this so don't worry, Sony got you covered. Users can create personalized EQ profiles or they can just select for the list of available presets. Sony's 360 Reality Audio also becomes available through this neat software. If you go about your day to various locations with different noise levels, this app is handy when creating noise-cancelling profiles to suit your current location.

The Sony WH-1000XM4 has one new feature. The speak-to-chat function pauses music playback once the headphones detect that you are speaking. Our previous review, however, revealed that this accuracy can sometimes be too much. Once you sing along to your favorite jam, there's a high chance playback will come to a halt. No worries though, the speak-to-chat function can be disabled via the Sony Headphones Connect app if you find it too bothersome.

The Sony WH-1000XM4 also has other smart sensors. These help the headphones detect if you've stopped using or wearing them. Playback automatically stops so there's no more worrying for accidentally leaving these ear cans playing while you're not using them.

Which one lasts longer?

How about the audio quality?

Over-all sound reproduction for both models are quite good. However, they have their own minor differences. The Sony WH-1000XM3 has relatively more bass so expect that drums and lower-pitched instruments like bass guitars will sound quite more pronounced. This makes for good alternative gaming headphones if you have no plans of separately buying one for gaming and another for music or video playback.

The Sony WH-1000XM4, on the other hand, has a more neutral-sounding signature. There's no layer that's being boosted so simply put; all registers sound flat. Most audiophiles would like this setup since it gives a neutral sound signature. Also, there's always the option to tweak the audio output via Sony's app.

The Sony WH-1000XM4 has already been out in the global market early this year. Now, the audio giant is aiming to conquer India’s market.