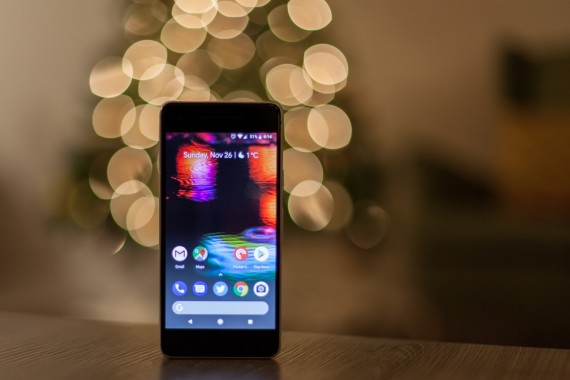 Android games, like any other games from other platforms like gaming PCs and gaming consoles, can be classified according to their genres, or in short, gameplay mechanics. And as we all are aware, there are so many game genres out there. We'd like to cover them all but for now, we'll just stick with role-playing games (RPG).

It's an Android clone of Diablo II. There I said it right away. However, the game might borrow some, if not all, elements from Blizzard's bestseller, but it doesn't make AnimA an awful game right away. First of all, it's a free-to-play hack-n-slash game. In this day of beautifully rendered games in 3D, having that classic isometric camera angle brings lots of nostalgia.

And like most ARPGs, it features a loot system where you can collect and forge items to help your character progress through the game. It has microtransactions but it certainly doesn't have a pay-to-win system. If you liked Torchlight and have a thing for dark fantasy stories, AnimA is worth getting from Google Play.

Sky: Children of the Light

This one's mostly for casual gamers. Sky doesn't feature any combat and instead focuses more on socializing and exploration. Your mission is to locate lost stars and then bring them back to their constellations. If you're a completionist, this game will offer hours of enjoyment.

Sky's greatest selling point is its gameplay, art style, and world design. Simply put, they're awesome. Your character has a sort of cape that allows you to fly or glide to areas you can't reach just by doing simple jumps. The graphics can also be adjusted for some fine tuning but we personally prefer 60fps for that sweet spot.

Be warned though. Sky puts a heavy toll on your phone. If you plan to try the game, we suggest optimizing your phone's RAM and storage.

Read also: You Want Fast? Fujifilm XF50mm will Surely Give You Fast

Death Road to Canada costs $10. Now before you complain, take note that for a small price, you get an awesome game. Most games take advantage of the recent popularity of having a zombie apocalypse. The game takes this premise and makes it its own. It doesn't feature high-definition graphics but the gameplay is where this game shines. Imagine hordes of zombies chasing your team in glorious pixelated maps.

You need to battle your way to safety, along with your squad, in the hopes of reaching Canada. While on your travels, you need to stock up on supplies by looting places. You also need to manage your team's stats, health, and morale. The game features random map generation so there's a high level of replay value.

Death Road to Canada has quite a steep learning curve but given the 10 different game modes you can unlock, getting familiar with the gameplay will surely be rewarding.

The Fujifilm XF50mm is being touted as the first autofocus lens with an f/1.0 maximum aperture for mirrorless cameras. It is fast but when it comes to specs of this caliber, price becomes a primary consideration—or so we think.

Android 11 has now officially started rolling out. What would users then expect from the latest version of the world’s most famous open-source mobile OS?