'Civilization 6' DLC Wishlist: Which Civs We Want To See Next 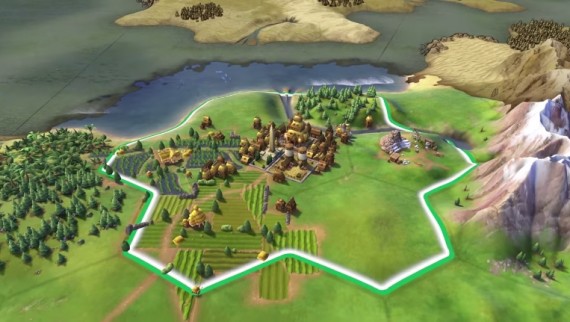 Win Civilization 6 early on with these tips and tricks to guide you into the game. (Photo : Photo by Sid Meier's Civilization/YouTube)

Civilization 6 is a great game, bringing 19 civs in total. However, we cannot help but notice some missing civilizations. The DLCs of the previous installments brought new features and civs that enhanced the overall gameplay, but will it be the same in this iteration?

Here are five Civilization 6 civs we want to see in future updates:

In the latest installment, we have Kongo and Egypt to represent Africa. The former is new to the series, which make for a cool new experience. However, iDigitalTimes think that the continent is still under-represented. Previous titles already featured Songhai, Mali and Ethopia, all of which are good enough civs that we want to see more of them.

Carthage is a nice choice, too, as it has a rich history. The Carthaginian Empire was certainly powerful before it fell to Rome. Should it come to Civilization 6, will it fall once more to the same empire?

Curiously, we don't have Persia. The civ is included in every title, starting from the original Civilization up to Civilization 5. As far as I know, players are fond of Persia and I have yet to hear anyone complain about it. So why did Sid Meier choose to forego this empire this time? I am hoping for bigger things for this particular civ; which we should soon see in upcoming DLCs.

Civilization 6 is not exactly devoid of Asian countries. We have Japan, China, India, Sumeria and Arabia. Even so, we want more specifically from Southeast Asia. The Philippines, perhaps? Led by the Filipino hero Jose Rizal, it was previously available as a mod. It would be cool to see it in Civ6 as it was never featured before in any titles.

We can also settle with Malaysia and Vietnam. Heck, they can include two or more Southeast Asian empires and fans would eat it all up.

Civilization 3 to 5 all had the Korean dynasty included. It is even part of the original civs in the third and fourth installment then as a DLC in the fifth. I could see it becoming part of Civilization 6 again as a future update but not anytime soon. Should it really arrive - hopefully within a year or less - there might be a new leader. Last time was Sejong and before that was Wang Kon. This time, who will it be? There are a lot of historic figures in the country's history that it could be anyone at this point.

In light of the U.S.A. heading into a new world thanks to the elections, reports propose that Civilization 6 add more civilizations from the New World. We only have Aztec, which is currently available only to those who pre-ordered the game, so it would be nice to see another one (or two) as a DLC. Possible additions are Maya and the Inca, but we can hope for a fresh civ.

What civ would you like to see? Meanwhile, check our complete Civilization 6 civ guide here and learn which civ to choose for each type of victory here.

Civilization 6 Guide: Which Civs Are The Best For Each Type Of Victory

Civilization 6 features different victory types: Domination, Religion, Science and Culture. Find out which civ to choose for each type.

Want to get started on learning all about the civs? Read this Civilization 6 civ guide part 1.

Want to get started on learning all about the civs? Read this Civilization 6 civ guide part 2.

Check out these pro tips before you start playing Civilization 6. The game can be downloaded from Epic Games for free!

How to Get Unlimited Gold in Civilization VI: 2k Games Hack and DLC New Frontier Pass

The esteemed publisher known as 2k Games has recently announced that the very first DLC expansion for the popular Sid Meier's Civilization 6 New Frontier Pass, titled both the Maya & Gran Colombia Pack, is finally available on Nintendo Switch, PlayStation 4, PC, and even Xbox.

For fans of Civilization VI, you might want to save the date for the New Frontier expansion pass that is scheduled to release on May 21!