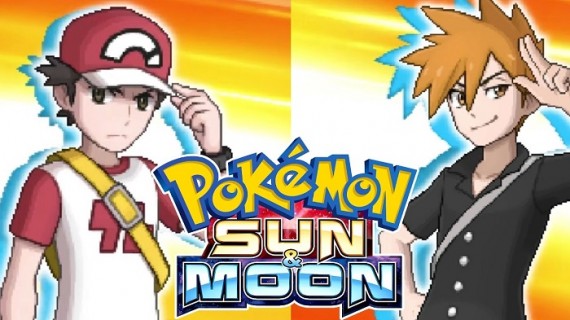 There are some things you do in Pokemon Sun and Moon that helps your gameplay. But there are also some moves that can get you in trouble. (Photo : DuncanKneeDeep/YouTube)

It might be unfair to compare Pokemon GO and Pokemon Sun and Moon, so to speak. These games are completely different from one another, with each offering its own pros and cons. Nonetheless, players can't simply help but play with the thought of which is which. While it's an interesting topic to deal, let's instead determine why PoGO players need to try Nintendo's newest titles. With that being said, the reasons are as follows.

You Simply Want To Catch All Of Those Pokemon

Sure, Niantic have promised the community a total of 151 creatures. However, in reality, the hit augmented reality game only offers 130. So, there's that sense of emptiness. You feel like there's should something you can do to cover that craving. Well, this is exactly where Pokemon Sun and Moon excels. Unlike the mobile game, Nintendo's titles have a lot of species to offer -- and yes, this already includes the Legendary ones!

The Common Ones Are There Anyway

If you're familiar with the 150 creatures in Pokemon GO (which is a shame if you don't), you'll be glad to know that they're also in the brand new 3DS games. It's not right, though, to point such as the numbers of species there are way too many. Anyway, these Pokemon look different and cool. They're design in a way that fans can't simply move on. They're of beauty really. Vulpix, for instance, comes with a lick of blue hue topped with ice crystals. While their faces or looks might have changed, they're still the Pokemon you dearly loved from PoGO.

It Has The Most Amazing Features Pokemon GO Can't Offer

Let me add this, too: The number of features in Pokemon Sun and Moon are just many compared to Niantic's. Most players will agree that Pokemon GO is a nice game. It has features that are enough for it to compete in the market. However, one can't deny the fact that it lacks some features -- most of these are even the key ones. Fortunately, all these missing things can be seen in Nintendo's Pokemon games. One is the mere fact that there's a device (in-game) that helps players know the whereabouts of a specie. Unlike PoGO, you won't be left in the dark wondering where the hell that Pidgey is.

Moreover, Sun and Moon offers a battling system that Pokemon GO fails to have. And hey, this system is so robust you'll fall in love to it right away. If you want to know more about (or perhaps get some tips), you can check this guide here. Tell me I'm wrong, which I'm not really.

Owning A Nintendo 3DS Is Simply The Best

Probably one of the reasons PoGO players tend to veer away from Pokemon Sun and Moon is the existence of Nintendo 3DS. Not because this console sucks, but simply some people just don't want to buy it. Unlike the mobile game, you just need a smartphone and you can be out in the wild. But hey, this is actually the beauty of Sun and Moon -- owning a Nintendo 3DS, that is. You don't only open yourself to play the newest Pokemon titles, you'll also have the chance to play other 3DS games. And yes, these includes a load of other Pokemon games. Now, tell me that isn't a wonderful thing to experience.

What are your thoughts on Pokemon GO and Pokemon Sun and Moon? Do you play these games? Which is your least and most favorite? Share to us your answers at the comment section below!

Want to know the best Pokemon Sun and Moon monsters for your team? Well, check out this guide!

Wondering what Pokemon GO monsters are in the top list following the recent CP change? Well, check them out here!

Still having thoughts if whether or not you should play Pokemon Sun and Moon? Well, this might just help you!