The Biggest Tech Failures In 2016 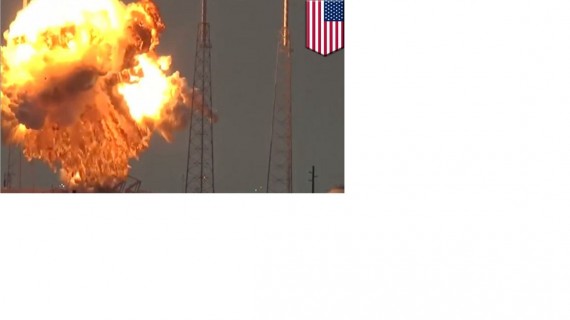 Many believes that if the Galaxy Note 7 weren´t suffered the explosions, this would become one of the best products in Samsung´s history, to the point in which it could even increased its power. (Photo : Youtube/TomoNews US)

This year has been framed by technological progress and innovations that have excelled the greatness that we have known so far, to the point in which many gadgets and devices will have to adapt to these new advances in if they don´t want to become obsolete. However, 2016 has also been characterized by some tech failures that have resulted in a huge disappointment for many, considering what these devices were about to fulfill. Here are the most important cases.

Elon Musk has been known for being the real Tony Stark, with the huge difference that this guy has cooler gadgets that include a space rocket. However, although it would be great to talk about this incredible device in any other article than this, the truth is that the SpaceX Falcon 9 rocket represented one of the biggest tech failures in 2016 so far.

The rocket suffered a terrible explosion on the Cape Canaveral launch pad during a routine pre-launch check on September 1. The SpaceX Falcon 9 mission was going to set a Facebook´s satellite to bring the Internet to Africa, Europe, and the Middle East, but this catastrophic outcome destroyed the opportunity of achieving this goal.

Once the situation were all around the news, Mark Zuckerberg wrote in a post that he was very disappointed for the failure, which became a very controversial statement since many believe that it was being too rough with SpaceX. Until now, the reasons why this accident occurred remains unknown.

One of the main peculiarities of drones is that since it was launched in the market, everyone already thought that it would be a dream come true if these devices could take quality photos from very long distance. The products started to be sold like hot cakes and the developing of the feature that everyone was expecting ended up being released, creating incredible expectations from customers who wanted to know how amazing this new aircraft would be.

The name of this product was Karma, and unfortunately, it became one of the biggest tech failures this year, since it presented the worst trouble it could have: the drone became uncontrollable at mid-air. This was such a huge setback for GoPro that the company decided to recall the drone just two weeks after it was released, selling around 2,500 units. The company even offered a HERO5 to everyone who bought the Karma as a compensation for the failure, but the damage was already done.

The Biggest Of All Tech Failures In 2016: The Galaxy note 7 Fiasco

There haven't been any single tech disaster this year that could be compared with this case because we´re talking about one of the major companies in the world, and probably the worst moment that this giant has lived since it started to manufacture smartphones. Of course, of all the tech failures that have occurred in 2016, the first place goes to the Galaxy Note 7 fiasco.

This mobile device was supposed to be Samsung´s flagship, which would destroy every single competitor and became the most important smartphone in the market. Once it was released, the product meet expectations and everyone saw it as a piece of tech innovation and uniqueness, which put in serious threat the iPhone 7.

However, the disaster started to rise when the Note 7 started catching fire, and Samsung recalls it and replace it with other units that were apparently fixed. These other units also started to explode, the South Korean company made a decision of recalling for good and killed it off. Obviously, this was the reason why it became the biggest of all tech failures this year, but the consequences didn't only limited to a monumental damage for Samsung´s reputation and a big lawsuit for Note 7 owners, but also to the way in which ended up affecting the South Korean economy.

The Craziest Tech Products That Exists In Japan

What remains unknown is how the western customers would react if these products suddenly appear in their market. Could it be a huge success or it would fail miserably? That is the real question.

According to many analysts, what was done with the John Podesta´s emails was so incredibly damaging to Hillary Clinton´s image, that this actually become a huge help for Donald Trump in the campaign.

When Steve Jobs Was exiled from Apple, the company lived a very dark period in which it wasn't successful anymore, and the news that everyone heard about it wasn't precisely good or endorsing.

This SSD is capable of storing up to 4TB of data, which makes it one of the most capable NVME SSDs you can buy right now. What else is this SSD good at?