Pokemon Sun And Moon Guide: How To Unlock The Extreme Evoboost 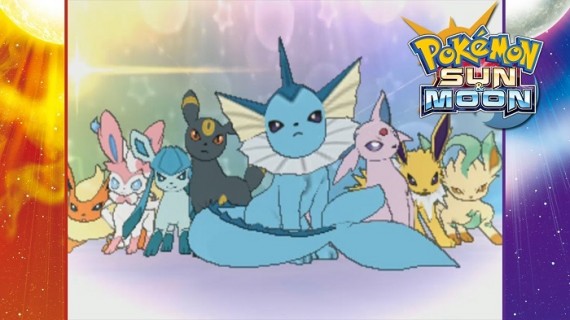 Pokemon Sun and Moon still offers the different Eevee evolutions, similar to what other Pokemon games do. (Photo : shofu/YouTube)

It's safe to say that Eevee -- even in Pokemon Sun and Moon -- is among the popular monsters in the Pokemon series. In Nintendo's titles, in particular, this creature offers a lot of post-game shenanigans. One of these is where players get to acquire the Eevium Z, which can be done by locating all the Eevee User spots.

This quest here will have players visiting a person who works in a supermarket. His goal is to have them locating and beating all eight trainers of Eevee evolution. Of course, if successful, the rewards are highly satisfying. While it can be dark at most times, the mechanic is pretty simple. With each trainer defeated, players get to acquire one of the many Z Crystals in the games.

In its most organic form, Eevium Z allows the players to own the titular Extreme Evoboost Z Move. And take note: this one here relatively increases all of the stats in every battle. This one alone should excite the fandom, as it's definitely an interesting journey to partake.

In Pokemon Sun and Moon, the key to unlocking the Extreme Evoboost is through locating the aforementioned Eevee user locations. First off, players need to go straight to the Thrifty Megamart, which is located at the Royal Avenue. There, they must chat with Kagetora who is just behind the counter. This character will then challenge them to find and defeat all of the eight Eevee trainers.

But hey, there's no need to go through the eye of the needle here. The leg work has been done already. First on the list is the location of the Vaporeon User Polly. Players just need to go to the Trainer School at the Melemele Island. Go straight to the third floor and move right, as she's located there.

Second is the Flareon User Chad location in Pokemon Sun and Moon. It's on the Akala Island, particularly on the Tidesong Hotel. Simply go left (once inside it). The character should be standing right by the wall. Third is the Jolteon User Jane location. Players must go straight to Ula'ula Island and move their way to the Malie Community. She should be sitting comfortably on a sofa, which is just right at the corner.

Fourth is the Espeon User Ishaan location. Here, just head towards the Geothermal Power Plant located at the Ula'ula Island. The next thing to do is to chat to a person who seems to enjoy watching a show on a television. Fifth is Braiden, the Umbreon User. While in Melemele Island, go straight to the Hau'oli Ceremtory and talk to the person who's waiting next to a grave (can be found in the upper left corner).

Sixth on the list is Rea, the Glaceon User. She's located at the Iki Town, still situated in the Melemele Island in Pokemon Sun and Moon. The house on the far left is where she's staying. She should be the lady idling on the kitchen.

Seventh is the Leafeon User by the name of Linnea. Go to the Hano Grand Resort, which can be found on the Akala Island. However, don't go inside. Players will instead head straight to the beach and follow the sea north of the location. She should be that find young-looking lady.

Lastly, it's the Sylveon User named Kira in Pokemon Sun and Moon. Just go straight to Poni Island and find the Seafolk Village. Find the Steelix boat, which is on the bottom right. There, simply chat to a woman inside.

Once all of these Eevee trainers are defeated, the user Kagetora will then challenge the players. This is basically a fight against his Eevee creature of level 57. The location will be at the Thrifty Megamart. If defeated, the Eevium Z Crystal is certainly for the taking. And of course, that already includes the Evoboost Z Move.

What are your thoughts on this guide to unlocking the Extreme Evoboost in Pokemon Sun and Moon? Were you able to do so? Let us know how it went at the comment section below!

Having a hard time capturing Shieldon (or even evolving it into Bastiodon) in Pokemon Sun and Moon? Well, check out this guide now!

A rumored feature is coming to Pokemon Sun and Moon, as indicated by a code mined by players. Check it out here!

Pokemon Sun And Moon Guide: Where To Locate The 8 Eevee Trainers

Been wondering where the 8 Eevee evolution trainers are in Pokemon Sun and Moon? Check out this guide now!