Overwatch: Doomfist Is Not The New Hero All Along 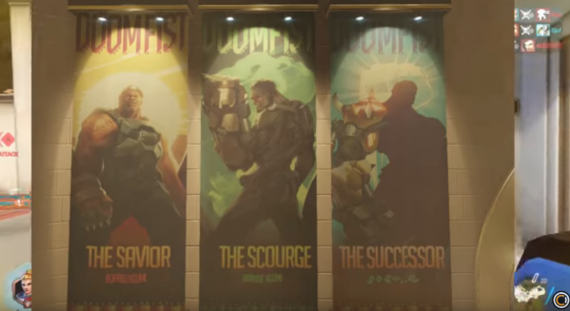 Jeff Kaplan explicitly stated that the 24th Overwatch hero is "not what you're expecting." With Doomfist aside, who could the new hero be? (Photo : Overwatch Central/Youtube)

Jeff Kaplan and his team have promised a lot of new contents this coming year - including a new hero. Indeed, the community has once again filled with excitement as an apparent new hero has been teased several times. Even the renowned celebrity, Terry Crews, has been making rounds on the internet about his intentions of voice acting Doomfist. But today's revelation by the game director himself has left a lot of fans baffled and confused.

Jeff Kaplan: The New Hero Is "Not Who You Think It Is"

Game Director Jeff Kaplan has been fairly active when it comes to communicating with its fans through the community threads and even on Reddit; addressing a myriad of concerns and inquiries. And one of the frequently asked questions is the most anticipated hero in Overwatch, Doomfist. But today, Kaplan has once again dropped the bomb as the game director revealed that fans may have been expecting the wrong hero all along - well, at least for the 24th hero in Overwatch.

It all started on a thread created by a user named Lord, where he asked about the missing sitting emotes of some heroes including on Sombra. Jeff then clarified that all of the emotes are underway but are still months away from hitting live. He then proceeded in explaining that Blizzard is more keen to releasing new heroes as it would be "much more impactful to the game."

With this, one user proceeded to ask Kaplan if he would be willing to share the information about the list of the "upcoming heroes." This was clearly meant as a joke to poke the director but instead of a silly response, the fan received an on point reply by Jeff saying: "24 is not who you think it is."

In a brief yet concise reply, Jeff instantly blew the bomb for all the fans waiting for the arrival of Doomfist as months of speculations surrounding the hero evanesce in the abyss. Regardless if you're anticipating for the hero or not, it's safe to say that everyone was shocked considering that Terry Crews has been openly expressing his intentions of voice acting the said hero.

So, are the fans expecting the wrong hero all along? Well, it's most probably as the game director usually make straightforward replies when addressing concerns. And since the reply is undeniably a major spoiler, many fans are left baffled and confused as to what Blizzard has in stored for them. This revelation also left a lot of theorists guessing about the 24th hero. Many names have surfaced including Athena and others.

Will Doomfist Be released?

Some fans also wonder whether or not Blizzard has been teasing the wrong hero to which some theorists are quick to point out that regardless if Doomfist is the 24th hero or not, he is still going to be released considering the number of details in the game pointing out its existence and further added that "it's just a matter of time."

With Doomfist aside, what other heroes could potentially come in Overwatch? You can join the discussion in the thread given above. Check back for more Overwatch News and Updates!

Players pointed out that the system will simply be exploited just like how the "Avoid Featured" was abused back then.

The new AI is capable of understanding all of the processes of CSGO data and is able to learn and adapt from its changes over time. Valve is hoping that with the system, CS:GO will be purged from all of its indomitable hackers.

Eastern Culture: Is it Good or Bad for Esports?

World of Warcraft Is The Highest Grossing Game Of All Time

World of Warcraft almost has triple the total revenue of Riot's League of Legends.