Pixel 3 Swollen Batteries Are Being Reported by Some Owners 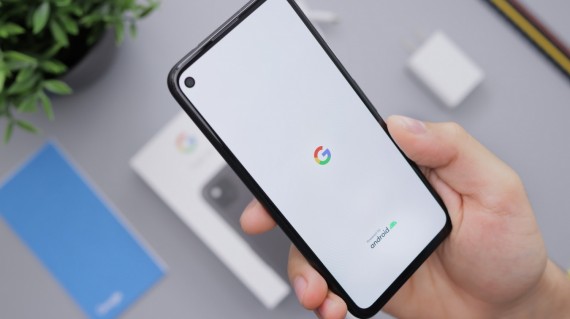 Pixel 3 Swollen Batteries are being Reported by Some Owners (Photo : Daniel Romero)

Pixel 3 swollen batteries, like any other gadget defects, seriously affects device performance and longevity. Often, failing batteries happen on old devices due to normal wear and tear. However, it looks like Google's Pixel 3 and Pixel 3 XL are affected by this phenomenon despite just being relatively new to the market.

What happened? How does Google plan to address this? Are we about to see the same fate that happened to Samsung's Galaxy Note 7?

How it was reported

A Pixel Phone Community thread was loaded with owners of Pixel 3 series who were complaining about their batteries swelling up. The usual hint of Pixel 3 swollen batteries are the rear cases popping off as a consequence of the batteries "expanding". If you happen to own one, we suggest taking a good look if your rear case still sits flush against your Pixel 3's body.

Additionally, there seems to be another issue with Pixel 3 swollen batteries. Wireless charging doesn't work too. This is obviously a safety issue and totally disables the phone's water resistance.

Other than Pixel 3 swollen batteries poking through the rear case, there are other indications that there's a battery problem with the batteries. The phones sliding off the Pixel Stand charger is an additional hint. Other clues also include the case buttons no longer being aligned with the phone buttons, general overheating, and rapid battery life drain.

Why do batteries swell or become bloated?

You may just be playing too much games on your phone. Maybe, you're charging your phone overnight. Maybe, you're using a charger that's not rated for your device. We'll these could be a possible cause but not really the main culprit. Batteries often experience swelling if particulates happen to get caught between battery layers. Eventually, the build up could puncture the separating membrane between the layers. Once this happens, moisture can have a chemical reaction with the battery cells causing those to swell.

According to some affected costumers, Google refuses to provide replacements or fix affected devices. It is because these devices are already out of warranty. However, there are those who claim that Google replaced the Pixel 3 with swollen batteries nonetheless. If, unfortunately your device is one of those affected, don't get your hopes high up yet. It looks like Google is just making a one-time exception for the latter. There's even one Pixel community user who mentioned that the search giant made an offer to replace his phone. This, despite the fact that the device was bought second-hand online.

Doom Eternal made sure to capitalize on the success of Doom 2016. And just when you thought the battle is already over, the imbalance you caused between Heaven and Hell has awoken a greater evil.

Pixel 3a vs. Pixel 3. Nowadays, most phone companies have shifted to producing a toned-down version of their flagship models. Certain features would often be removed for these devices to be price-competitive compared to their older (and often better) twin brothers.

Why Google's October Event Will Still Be About Its Software

Google’s upcoming October event might be unexpected in the sense that the focus could be on more software-centric items as opposed to hardware products.