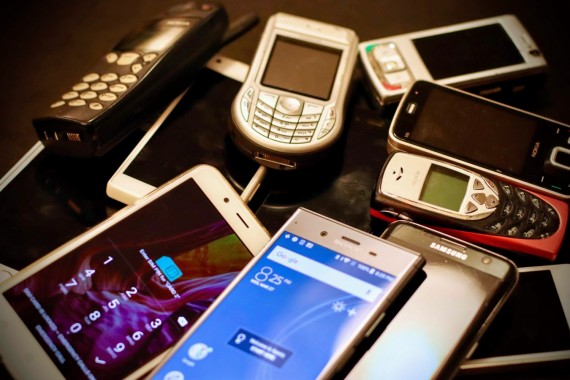 Nokia 3310: How to Figuratively Destroy the Floor with a Virtually Indestructible Phone (Photo : Eirik Solheim)

The Nokia 3310 is a great piece of tech. However, let's not talk just yet about its specs. Yes, this model is totally obsolete by today's standards but during its time, "the brick", as most people affectionately called it, was revolutionary.

For now, on Nokia 3310's 20th anniversary, let's take a trip down memory lane. What fond memories do we have whenever the Nokia 3310 is mentioned?

Two decades ago, most people weren't that connected almost 24/7 to the internet. We mostly spent our time working, doing our hobbies, or hanging out with friends. You know, things people did when we weren't tied yet to a virtual world.

The 3310 didn't come with an internet connection we're now all too familiar with. You cannot download apps and games on it. You can only use those that originally came with the phone. Most of us just loved it. We'd spend hours playing snake trying to beat our previous high score.

Nokia's nuclear-explosion-resistant phone also came with three more games, including Space Impact. The 3310 didn't have Facebook, Friendster, or any social media platform. We all did it the old-school way, via sending and receiving SMS messages.

However, the 3310 further improved the SMS messaging experience by introducing its Chat function. It allowed threaded messages and also broke the 165-character limit per message that was common at that time.

The Nokia 3310 had a very simple design; nothing flashy, and nothing extravagant. This worked to its advantage. Other than being able to swap its casing for different designs or colors, you're left with nothing else to do but change the keypad buttons. This over-all design choice made the 3310 a literal tank.

There are numerous videos found online showing the phone being dropped from high places (even from the sky) and still being able to survive. We're not wishing for a zombie apocalypse to happen, but if unfortunately, it does, we're sure the 3310 won't have a problem surviving it.

What about the battery? It's a dream come true if the Nokia 3310's epic battery life is the same as today's phones. Nowadays, having a phone that lasts up until the next day is already an achievement. The 3310 lasts for at least a week on a single charge. Imagine being lost in the forest and having no worries that your phone would suddenly die on you.

A company called HMD Global released an upgraded version of the 3310 to sort of keep up with the times. The latest version now sports smoothed edges, a web browser, and a 2-megapixel camera. It also comes with some modern-day apps. It's not a smartphone but the last two decades of tech development gave the new Nokia 3310 a new makeover.

It's nostalgic. It's fun. But is it still relevant today? In a world flooded with smart devices that make us prisoners of the virtual world, the old-school Nokia 3310 serves as a reminder that it's ok to sometimes go off-grid and enjoy the world outside.