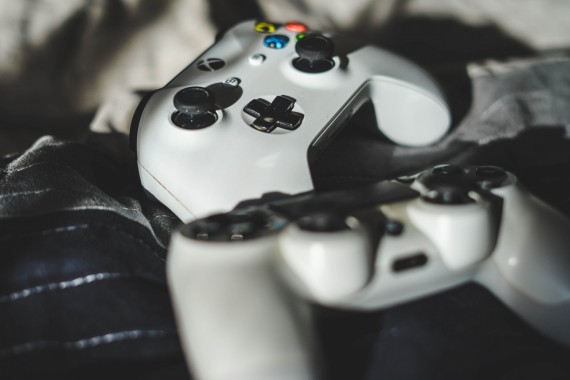 PS5 and Xbox Series X vs Today's Gaming PC: Which One to (Excitedly and Perhaps Secretly) Get? (Photo : Kamil S)

PS5 and Xbox Series X are the next-generation consoles that Sony and Microsoft are about to launch, respectively. Both consoles promise the best of what modern-day gaming has to offer. However, there's a catch. Compared to a gaming PC, both aren't available yet.

Yes, you can wait up until the time you see a new game you really want to get your hands on like Crysis Remastered in 8K. So, the question is, with the upcoming PS5 and Xbox Series X, is it worth waiting for them or should you just build a gaming PC right now?

PS5 and Xbox Series X: Advantages of a gaming console

What do dedicated-gaming consoles have that gaming PCs don't usually have? Roughly, there are three advantages.

First, gaming consoles offer exclusivity. There are titles that are only available on gaming consoles. Yes, eventually they might be ported to Windows, but if you're an early adopter, you surely wouldn't want to wait months for a game to become available for the PC.

Second, gaming consoles just work. Normally, there's no tweaking involved. You just turn on the device, start your chosen game and play to your heart's content. There's no dealing with sudden driver or dll file failures. Console games just work out of the box.

Last, you don't need to build a gaming console. You just head on to a store or order online to get one. Gaming PCs are quite a hassle in this category since you need to at least have a sufficient amount of background knowledge to know which parts to choose and build altogether.

Now, let's look at how a gaming PC fares compared to the PS5 and Xbox Series X.

First off, gaming PCs are mostly upgradeable. Somewhere down the line, new games that require higher specs will turn out. For gaming consoles, this might prove to be problematic. At the moment, you can only "normally" upgrade a gaming console's storage capacity. For a gaming PC, the story's quite different.

So, a new AAA game came out. Unfortunately, your current rig doesn't support the minimum requirements. Let's say you were industrious enough to save up for upgrades. You go ahead with upgrading the processor, adding more RAM, and beefing up your graphics card to the latest RTX 30XX series. Easy as pie, right? Try doing that with gaming consoles.

Additionally, having a gaming PC does not limit the user to just gaming. Sure, gaming consoles can play videos and music and even surf the web. However, other than those, compared to their PC counterparts, they can't usually do productivity-related tasks.

PS5 and Xbox Series X consoles will surely arrive soon. Gaming PC have been here for the longest time. Ideally, having both of these platforms is the best solution. However, it's not often the case for everyone. The best way to deal with this then is to always take note of a simple reminder-to each according to his own needs.

If you're a family guy who games whenever there's free time, go with a gaming console. You just turn it on and game right ahead, no tweaking required. However, if you're someone who wants to get the nitty gritty details of what makes modern games tick, get yourself a gaming PC.