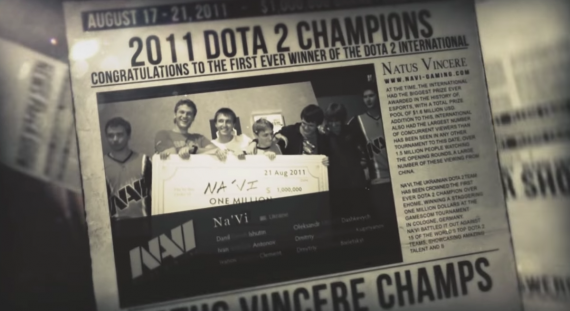 The International 2017 is likely to be moved outside of the US as US president Donald Trump's travel ban has affected Valve and its Major events. (Photo : Na`Vi.Dota 2/Youtube)

Esports, particularly Dota 2, has connected a lot of gamers all around the globe through its competitive tournaments - all of which became the beacon of hope and aspiration for players towards achieving one goal: being the best in the world. But what if one day, players will no longer have access to these prestigious events? This is one of the problems that Valve has tackled in the company's latest press conference held in their own studio in Bellevue, Washington.

Dota 2: Gabe Newell's Take On US Travel Ban and The International 2017

Valve's co-founder and current president, Gabe Newell alongside Erik Johnson have sat with several journalists last night to discuss the possible effects of the updated travel ban of Trump's administration. The prominent figures of Valve have shared their sentiments regarding the impact of the travel ban to the company.

Johnson has noted that the travel ban affected the company in two major areas: hiring and esports - predominantly the upcoming premiere Dota 2 event, the International 2017. According to Jonhson, "any pressure on visas getting into the United States is worrisome for us." This was evident in the previous Boston Major which had seen major visa issues specifically for the Filipino team, Execration and Chinese teams, VG and IG.Vitality.

Gabe Newell then added that with Esport becoming a nascent industry, the visa issues are becoming even more prevalent especially with the increasing number of young players starting to indulge in professional gaming. This topic became a major concern way back in 2014 when Asian teams: CIS-Game and Arrow Gaming were initially denied of US visas. Fans from both teams were enraged after several attempts were made for naught. After fourth attempts, however, Arrow Gaming was given the green light but unfortunately, CIS-Game was not.

After the TI4 incident, several visa issues plagued Valve's Dota 2 in several occasions and because of that, the company has shared its concerns about the future of the upcoming International 2017. Following the updated travel ban and taking things in retrospect, Newell said: "We're gonna run the event no matter what. Ideally, we'd run it here [in Seattle] because it has a bunch of advantages being close to our office. But the event's going to happen. So yes, if it becomes too difficult, we'd find a way."

This became the highlight of yesterday's conference as Newell hinted that aside from moving TI7 outside of US if things get a lot harder in the future, the company may consider holding its premiere tournaments in any other place except America.

The US travel ban has indeed caused a stir in the Dota 2 community as Valve has made the US its ground for hosting the Internationals - except for the first one where it was originally held in Cologne, Germany. But thereafter, since TI2 up to the present, all TIs were repeatedly held in Seattle, where it's close to Valve's main headquarters.

With the ban currently overturned by a federal judge and is still in dispute, it's interesting to see how Valve will take its steps towards the future of Dota 2 particularly its Major events. Check back for more Dota 2 news.

Dota 2: New Skewer Bug Teleports Magnus And All Dragged Enemies Back To Fountain

Be wary when exploiting this bug as it may lead to a temporary ban on your account.

Will the new team see stellar results in the upcoming Kiev Major?