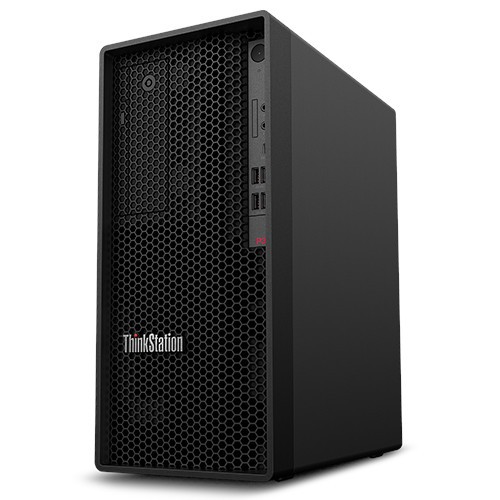 Yes, compared to the shinier and sleek-looking offerings of Apple, the P340 won't usually get a second look. Its unimposing black/greyish color and fascade, however, gives it a serious vibe. Under the hood, it can definitely go toe to toe with Apple's top-of-the-line Mac Pro.

Lenovo ThinkStation P340: What is a workstation?

Simply put, a workstation computer is primarily designed for productivity. For this, specialized hardware and software are often used depending on the nature of work that needs to be done. Workstations often offer higher performance than consumer-grade computers.

They often have industry-leading processors made using the smallest nanometer (nm) manufacturing process. RAM often exceeds the 16GB sweet spot that most "normal" PCs have. Storage options for workstations, like the Lenovo ThinkStation P340, are also mostly fast, reliable, and large. This holds true especially if you use a professional workstation to edit and render 4K videos.

Your system needs to be fast to do the tasks efficiently and accurately. Your storage space should be large enough to save all those B-roll and the main videos themselves. Speaking of video rendering, most workstations also use high-end graphics cards. Early models used just one PCIe video card and when SLI became a thing, it was common to see workstations having two to four graphics cards working together in SLI mode

But can we game on it? Well yes and no. Workstations do have specialized purposes but most, if not all, don't include gaming on them. You can still play games but you won't usually be able to maximize the gaming experience a dedicated workstation offers.

Lenovo ThinkStation P340: Time to take it up a notch

So, you want a Mac Pro Killer. Say no more. We suggest going with the Intel Xeon W-1270P CPU as it's better than the Intel Xeon W-3223 running inside the Mac Pro. The W-1270P runs cooler and has higher base and turbo speeds.

For memory, go all-in with 32GB of DDR4 ECC RAM. For your video card of choice, we recommend Nvidia's Quadro RTX4000 with 8GB of GDDR6 VRAM.

The Lenovo ThinkStation P340's base configuration comes with a 256GB PCIe SSD for storage. It has a 500W power supply unit and also comes with a keyboard and mouse. There's even support for dual M.2 PCIe storage in RAID for that additional speed.

This brings us to a total price of roughly $3,500. Compared to other workstation brands, the Lenovo ThinkStation P340 offers value for your money without compromising on the components.

You may want to have some extra money on-hand for accessories since the P340 doesn't come with WiFi and Thunderbolt out of the box. There are also no options to go beyond 128GB RAM or use a dual GPU configuration.

At less than 3 pounds, the ThinkStation P320 Tiny is the world's smallest workstation and powered with Intel's 7th gen Core i7 processors and packs with Nvidia's Quadro P600 GPU.