Dota 2: The Kiev Major Is Already Starting To Become Another Major Disappointment 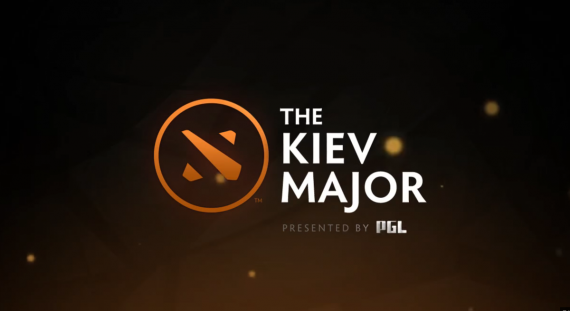 Will Kiev Major end up the same as the Shanghai Major? (Photo : First Kill/Youtube)

Kiev Major is the next Dota 2 Major before this year's The International but it appears that the upcoming prestigious Esport event is starting to become another Major disappointment. Check out why fans are urging for Valve to resell the tickets for the event.
Dota 2: Tickets To Kiev Major

Kiev Major is the first Dota 2 Major to be held in the CIS region and thus, access to the tickets is a bit harder since some fans opted for resellers when purchasing their tickets. The main problem, however, is that some of these resellers aren't as reliable as they should be. In a thread from the Dota 2 subreddit, a fan has pointed out how Karabas has created an issue with regards to selling tickets online.

According to the poster, a particular ticket seller, Karabas has been creating a buzz online after a lot of fans were stuck waiting to purchase a ticket online. According to the initial post, the poster said that the online seller hasn't sold a single ticket and even the locals weren't able to buy one. After the story blew, it was later revealed that there were in fact, legitimate transactions but Karabas wasn't able to cater to the needs of the many since it has prioritized those that have direct API calls to the site. More importantly, those that have successfully bought the tickets have waited several hours before the transaction was completed.

Fans are then quick to state that while this incident is frustrating, it cannot be avoided due to the fact that despite the organizer's effort to make the flow of the event as smooth as possible, they couldn't possibly control all of the scalpers and cashiers, to not sell tickets in bulk.

The Live Coverage inside the Kiev Major will be in Russian

Another problem about the event that has just recently risen is that it appears that PGL has forgotten to announce that the live coverage that will be used for Kiev Major will be in the Russian language. According to some players, this information must be announced in order to give a heads up for the fans coming for the event.

The Kiev Major is the second event to use non-English language during its live coverage. The first Dota 2 Major that used another language throughout its live coverage was the Shanghai Major. The only difference was that it was announced together with the conception of the said event. In Kiev Major, however, it appears that PGL has forgotten to provide elaborate details about the upcoming Major in CIS.

Meanwhile, this year will mark the first year to only has a total of 3 Majors (including the Boston Major). Valve has announced way back in December, that for this year, we will only have three Dota 2 Major events including the International. Details regarding the change weren't entirely explained.

More importantly, Valve has announced its plans to change the total count of the teams that will be participating in the event. As we reported about the changes in Kiev Major, the said event will pave the way to two additional Regional Qualifiers: The American Qualifiers will be split in half (North and South) and then the CIS region will have a dedicated Qualifier separate from EU.

According to Valve, this change will also bring more teams to the table but more details regarding the full list of invitees and the total number of participating teams have not yet been revealed. Check back for more Dota 2 News and Updates!

Here Are The Top Earners Of CS:GO; Neo The First Person To Reach $600,000 In Total Prize Earnings

The survey from Esportearnings revealed astonishing facts about the Golden Five.

Here's Why You Shouldn't Play As Jungler In Mobile Legends

Players often confuse Mobile Legends with the popular MOBA titles like Dota 2 and League of Legends. One distinctive contrast between the former from the latter is that this app doesn't offer much room for junglers. Here's why.

The International 2017 is likely to be moved outside of the US as US president Donald Trump's travel ban has affected Valve and its Major events.