Are Electric Batteries Dying as Car Makers Race to Lead the Next Gen Battery Supremacy Battle with their Newest Technology? 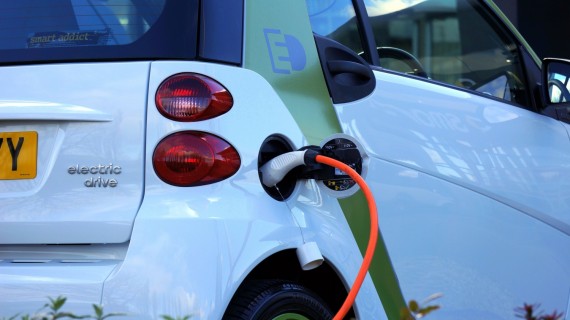 Electric car batteries and their use have always been a sore topic for motorists and car enthusiasts. Concerns regarding cost of vehicle and long charging queues have left people with negative thoughts about electric cars ever since Tesla developed their big battery packs for the Model S in 2012. Recent reports, however, are proving this particular technology has been nothing but resilient, even as car manufacturers hint at a new million-mile car battery technology in the works.

Columnist Vitaliy Katsenelson of Marketwatch had said that much like the ancient transition from horses to cars in the old ages, the proposal to use more electric battery-powered cars would require overcoming a total paradigm shift in addition to overcoming a lot of opposition from unbelievers. But if the history of Tesla's Model S is any indication, it seems the electric battery is holding up just fine.

A Reddit thread was recently made by a user who claimed that his 2012 Model S P85 has its battery at 98 percent 7 years and 72,000 miles later. True to its promise of unparalleled performance, his Tesla Model S P85 from 2012, according to the Redditor, has survived seven years of normal use without breaking down as prophesized by the early unbelievers. He even mocked the unbelievers whom he said were calling him an "idiot" who doesn't know better as they ask him what he is going to do if the battery fails after five years.

So, when Elon Musk promised that Tesla would soon have a lithium-ion car battery, that "should be able to power an electric vehicle for over 1 million miles," many people thought he was merely exaggerating. However, as reports from Wired quote Jeff Dahn, one of the world's foremost lithium-ion researchers, that the Dalhousie group has developed a benchmark battery that "significantly outperforms all other litium-ion battery previously reported," people started to think that Musk may not be exaggerating in his statements.

Scania Group's battery expert, Matt Lacey, did not take part in the Dalhousie group research, but he did say that "there is nothing in the secret sauce that was secret!"

In a report made by Irina Slav of Oilprice.com, she shared that while the Dalhousie group is willingly sharing the details of this impressive battery technology, they had actually patented a more superior type with Dahn as the lead inventor.

If it is true that this brand new battery technology patented by Tesla can run a million mile, it is impressive enough to wow a lot of people into becoming interested. However, it is also true that nobody needs a million miles on their cars. The electric cars also still have the drawbacks of being pricey to produce and own, which remains the challenge in making electric car batteries very popular and useful regardless of efficiency.