It's October and Blizzard's Halloween event 2019 should be around the corner for the hit-game, Overwatch. Here's everything we know about the event so far and the scandal involving Overwatch hero, Mei.

Blizzard's Overwatch had been celebrating the Halloween season for the previous years with a Halloween event known as the Halloween Terror, but fans of the game are second-guessing whether there will be an event this year.

It's an Overwatch staple to launch new updates and announcements on Tuesdays, so, people checked the game to see if there are any news with regards to their Halloween event. Unfortunately, there are no new news and announcements from Blizzard, according to Nerd Caster.

It led many to believe that the Halloween event won't be happening.

However, Daily Star believes that the event might simply be released a little later due to the Overwatch Grand Finals and BlizzCon 2019, which is happening soon starting on November 1. 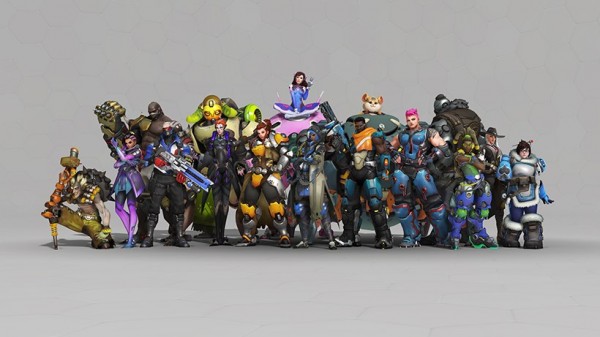 (Photo : Overwatch/Facebook)
Due to lack of announcement and news from Blizzard, many believe Overwatch will not have a Halloween event this year.

Even with the lack of news surrounding the most-awaited Halloween Terror 2019, some fans are speculating which characters are getting skins and which modes will be available for this year's event.

A Reddit user by the name ProfessorDano has listed down characters who have gotten exclusive skins from the event for the past years, as well as the probability of some characters getting the skins in this year's Halloween Terror.

According to the Redditor, there are 28 skins so far that have been distributed during the Halloween Terror event from 2016. The result ends with ten characters not having their own, including original characters D.Va, Tracer, Lucio, Winston, and Genji.

ProfessorDano predicts that the following characters will get the skins this year:

If Blizzard's Halloween event does come to Overwatch, Inverse has a different prediction: it may disappoint the fans as the previous events from the game did earlier this year, specifically the 2019 Summer Games where there were a handful of new skins for the heroes, but some of the modes were recycled from previous events.

ALSO READ: Sony is Finally Releasing the Much-Awaited PlayStation 5 with New and Improved Features Gamers will Go Crazy About

According to the report, it could be due to the imminent arrival of Overwatch 2.

It is believed that Blizzard will be announcing the release of the game's sequel during BlizzCon, along with other major announcements and future titles from the game developer.

In other news, Blizzard is in hot water on the other side of the world due to suspending Hearthstone player Chung Ng Wai, also known as "blitzchung" for supporting Hong Kong protestors on an official tournament broadcast as per Polygon.

Some are also using the Overwatch hero Mei as the symbol of Hong Kong resistance. A post on Reddit suggested that they turn the hero into a "pro-democracy symbol" to have Blizzard banned in China.

The post has received thousands of upvotes and hundreds of comments, which includes parody posts of the hero Mei supporting the Hong Kong resistance.