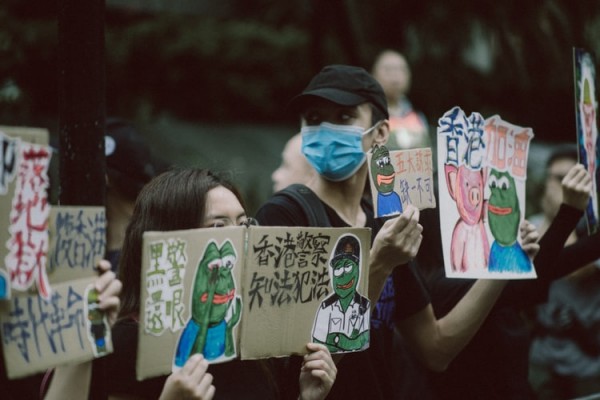 Both Google and Apple Inc. recently removed apps that are associated with Hong Kong anti-government protests from their respective app stores, throwing both Silicon Valley giants into the center of controversies.

On Wednesday, Apple pulled out a crowdsourced map service, called HKmap.live, which is being used by Hong Kong protesters to track police activity from its App Store. Apparently, the said app is allegedly used by protesters to launch an ambush or surprise attack on the police.

The removal of the app was set in motion after People's Daily, the Chinese Communist Party's official newspaper, published a blog article accusing Apple of being an accomplice of "rioters."

This recent development has prompted an issue about Apple succumbing to the Chinese government resurfaced. After all, this isn't the first time the company was seen making changes that are in favor of China.

Just recently, it eliminated the emoji of the flag that represents Taiwan, which China doesn't recognize due to a territorial issue. Afterward, it also banned the media platform Quartz after publishing detailed narratives of the democracy protests happening in Hong Kong.

These are just some of the changes Apple has apparently made to appease China. In recent years, there are records of various alterations Apple carried out as requested by the Chinese Government.

Google, on the other hand, removed a pro-Hong Kong protestor game called The Revolution of Our Times from the Play Store; however, a cached version of it can still be found via Google Search. The game in question is just a basic Choose Your Own adventure-style narrative game that depicts and describes the life of a protestor.

The Silicon Valley giant, however, issued a statement explaining the reason behind the removal of the game. A Google representative made it clear that the gaming app was removed due to a Play Store policy violation.

Apparently, Google's Play Store bans "capitalizing on sensitive events such as attempting to make money from serious ongoing conflicts or tragedies through a game," as explained by Google's representative.

This makes sense since the game, although free to download, offers in-app purchases just like any other gaming app. Players are said to be charged $0.99 to $14.99 for varying purchases in the game. Despite this, the game was able to rack up more than 1,000 downloads before it was deleted; this is according to the data provided by Google's Play Store counter.

Although the rule established by Google can be open to interpretation, most critics believe that Google's actions are a lot more reasonable than Apple's. Besides, this is allegedly the first time Google made such a decision.

Nonetheless, criticism and backlash on both companies will surely continue in the following days as current events and protests in Hong Kong continue.

Related Article: Russia Demands Apple And Google To Remove LinkedIn From Android App Store And iOS: Is This Putin´s Retribution?