Getting ads on your app is not surprising as it helps the developers earn some money and help the app run free for every consumer. Unfortunately for the users, however, some apps are downright abusive as they take advantage of this gap to put ads specifically on an individual's phone.

According to Sophos, they have found 15 apps available on the Google Play Store that flood your phone with large and intrusive ads, plus it is hard to know they are in your phone as these apps try their best to hide in your device.

There are even apps that go as far as disguising themselves as your device's Settings app.

Sophos has also discovered that there have been around 1.3 million downloads for one of the apps they have found based on its Play Store page, and they believe there are likely more around the Android market waiting to be discovered.

Lifehacker showed the list of these apps, which included the following:

Sophos had also shown the image of the icons before they were removed, so anyone who had downloaded the apps is aware and can find a way to delete them from their devices. 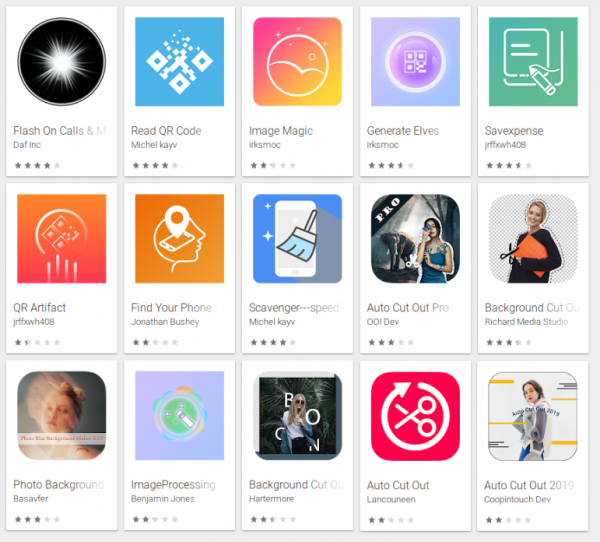 Fortunately, Google has removed these apps on the Play Store, but you might still have them on your phone, or you could have downloaded them in the past, and now, they are lurking on your phone and invading your device with ads.

One of the ways that these apps ruin your device is by installing two apps--one that looks harmless and another malicious app that instantly burrows into your phone's storage and hides there.

With that, Android users are encouraged to check their devices and hunt for these apps, stop them, and delete them entirely if you have found one.

According to Forbes, all 15 apps have been discovered this year, which is worrying as it means a hole in Play Store's security.

Additionally, there were other apps that have been discovered as malicious and did more than just showing ads on your phone.

In a report by ZDNet, two malicious apps by the name of Funny Sweet Beauty Selfie Camera and Sun Pro Beauty Camera had an accumulated 1.5 million downloads before they were removed by Google. They were apparently discovered by Wandera and had been doing the same intrusive practice as the ones Sophos has seen.

These apps were believed to listen to use your phone's microphone to pick up audio near the device at any given time.

To remove these malicious apps from your phone, go to "Settings" then tap on "Apps & Notifications," and your phone will show recently opened apps on your device.

The apps will have a generic Android icon and a generic name. Click on the icon, tap "Force Stop" and then "Uninstall."