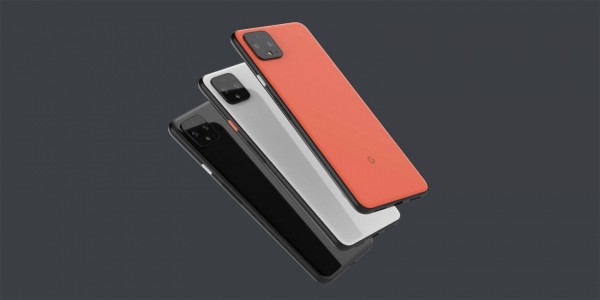 Yesterday, Google finally revealed its smartphone, Pixel 4, confirming every detail and information that leaked about the company's Pixel 4 and 4 XL phones and other hardware, including the Pixel Buds 2, Nest Mini, Nest Wifi, Pixelbook Go, and a lot more.

The big phone unveiling happened in Google's annual hardware event, which ended with a string of announcements on new Google hardware products the company had been teasing about for weeks now.

The Silicon Valley giant aims to use these devices to start its initiative in launching its software to help its customers with daily tasks.

This is apparent in the theme of the 'Made by Google' hardware event which is 'Ambient Technology,' celebrating technology as a single system - aimed at prompting customers to use its service twenty-four hours a day, seven days a week.

Ultimately, this is the main focus of further developing the new and next generation of devices as featured in the event. Now, let's take a closer look at all the products Google revealed during Made by Google.

Related Article: The Greatest Accessories You Can Pair With Google Pixel

The latest smartphones from Google offer a variety of upgrades such as a face unlock feature, a high refresh rate screen, a faster Google Assistant, and Motion Sense technology through a number of sensors installed on the phones.

Google's Nest Wifi is a mesh router system coupled with smart speakers inside. The company claims that this new device can extend network coverage 25 percent father any other router device. In addition, it has a built-in smart speaker the utilizes the full power of Google Assistant.

Integrated into Google's Nest collection, the new Nest Mini is an upgrade of the Google Home Mini released back in 2017. The new smart speaker from Nest will be featuring improved speakers and a wall mount. It can also be used to pair with other Nest speakers to become a larger sound system. When paired with other speakers, the Nest Mini can be used as intercoms or mediums for making Google Duo calls.

Google also announced Pixelbook Go, a new Chromebook laptop that is a lot cheaper than the original Pixelbook laptop. It boasts of a 13.3-inch touchscreen and an extended battery lifespan that can last for 12 hours. It will also be available with Intel Core m3, 15, and i7 processors that have 8GB or 16GB of RAM and SSD storage of 64GB, 128GB, or 256GB.

Along with the reveal of the latest Pixel smartphones, Google also introduced the second generation of Pixel Buds. The Pixel Buds 2 are reengineered to be wireless earbuds that can fully access Google Assistant without turning any device on.

Aside from the new hardware products Google has to offer, the company announced the launch of Stadia - a cloud gaming service that will stream games to the Pixel 3, Chromecast Ultra, Chrome web browsers, and, of course, the newly released Pixel 4.