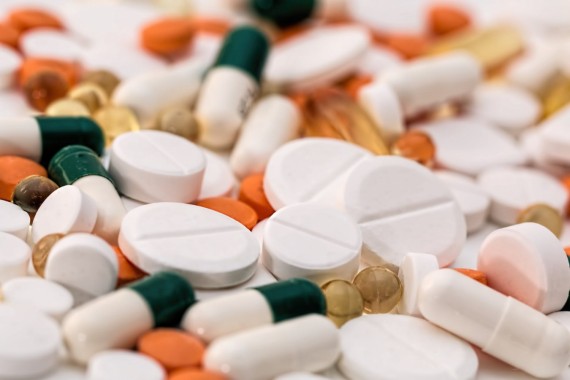 UNIVERSITY PARK, Pa. -- The more medications a patient takes, the greater the likelihood that interactions between those drugs could trigger negative side effects, including long-term organ damage and even death. Now, researchers at Penn State have developed a machine learning system that may be able to warn doctors and patients about possible negative side effects that might occur when drugs are mixed.

In a study, researchers designed an algorithm that analyzes data on drug-drug interactions listed in reports -- compiled by the Food and Drug Administration and other organizations -- for use in a possible alert system that would let patients know when a drug combination could prompt dangerous side effects.

"Let's say I'm taking a popular over-the-counter pain reliever and then I'm put on blood pressure medicine, and these medications have an interaction with each other that, in turn, affects my liver," said Soundar Kumara, the Allen E. Pearce and Allen M. Pearce Professor of Industrial Engineering, Penn State. "Essentially, what we have done, in this study, is to collect all of the data on all the diseases related to the liver and see what drugs interact with each other to affect the liver."

Drug-drug interaction problems are significant because patients are frequently prescribed multiple drugs and they take over-the-counter medicine on their own, added Kumara, who also is an affiliate of the Institute for CyberScience, which provides supercomputing resources for Penn State researchers.

"This study is of very high importance," said Kumara. "Most patients are not on one single drug. They're on multiple drugs. A study like this is of immense use to these people."

To create the alert system, the researchers relied on an autoencoder model, which is a type of artificial neural network that is loosely designed on how the human brain processes information. Traditionally, computers require labeled data, which means people need to describe the data for the system, to produce results. For drug-drug interactions, it might require programmers to label data from thousands of drugs and millions of different combinations of possible interactions. The autoencoder model, however, is suited for semi-supervised algorithms, which means it can use both data that is labeled by people, and unlabeled data.

The high number of possible adverse drug-drug interactions, which can range from minor to severe, may inadvertently cause doctors and patients to ignore alerts, which the researchers call "alert fatigue." In order to avoid alert fatigue, the researchers identified only interactions that would be considered high priority, such as life-threatening, disability, hospitalization and required intervention.

Kumara said that analyzing how drugs interact is the first step. Further development and refinement of the technology could lead to more precise -- and even more personalized -- drug interaction alerts.

"The reactions are not independent of these chemicals interacting with each other -- that's the second level," said Kumara. "The third level of this is the chemical-to-chemical interactions with the genomic data of the individual patient."

The researchers, who released their findings in the August 2019 issue of Biomedical and Health Informatics, used self-reported data from the FDA Adverse Event Reporting System and information on potentially severe drug-drug interactions from the Office of the National Coordinator for Health Information Technology. They also used information from online databases at DrugBank and Drugs.com. Duplicate reports and reports about non-serious interactions were removed.

The list included about 2,891 drugs, or approximately 110,495 drug combinations. The researchers found a total of 1,740,770 reports on serious health outcomes from drug-drug interactions.