'Vampire: The Masquerade - Bloodlines 2' is Delayed and Here's Why

Vampire: The Masquerade - Bloodlines 2 will not push through with its initial launch date that was supposed to happen in March 2020, but publisher Paradox Interactive and game developers Hardsuit Labs announced the delay.

According to ComicBook, there is no new release date for the highly anticipated game, but that it will still be released on PS4, PC, and Xbox One sometime in 2020.

In a statement from Hardsuit Labs, the developers revealed that they have been working on the project for three and a half years to bring fans a "worthy successor to Bloodlines 1," which means they not only want to reach the ambitions of the game but also to avoid making the same mistakes as its predecessor.

"We have decided to value quality over making the Q1 launch window," the developers continued. 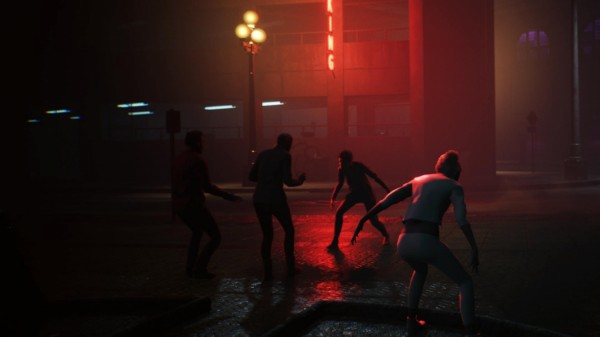 Hardsuit Labs did not want to repeat the issues that plagued Bloodlines 1, which they also believed was launched too early.

During the last few months, the developers have decided to delay the game's release after it became apparent that sticking to the initial release date would only risk them from repeating the same mistakes they did before.

They have also revealed that during the initial stages of production, they wanted to ensure that the game has a "deep branching storyline" complete with fascinating characters that will be well-remembered after its release, and a universe that will do the World of Darkness some justice.

Although Bloodlines 2 is still capable of reaching these goals, the team behind it will need more time to execute them well.

Vampire: The Masquerade - Bloodlines was well applauded for its fantastic story and writing, but that it suffered from different technical problems that led many of its fans to leave the game unfinished, with one of the issues being the loading time.

According to Slash Gear, the first game was released back in 2004, so it took a decade and a half before the sequel is announced, and that fans may not have anticipated another game.

That said, many have been waiting for Bloodlines 2 to finally be released, but that we will have to wait a little longer in order for the developers to guarantee the quality of the game and that we won't be facing the same issues the first game had, and if the developers are right about the story and characters, then it's worth the wait after all.

Hardsuit Labs ended their post, saying the choice was not easy, nor was it their first option.

They thanked their supporters and said that their feedback was invaluable in helping the team create the best sequel.

Both Hardsuit Labs and Paradox Interactive will be coming to PDXCON this weekend based on a report by PC Gamer, where they will be talking more about Vampire: The Masquerade - Bloodlines 2.

The team is also taking in questions about the game over on the game's official subreddit and planning to answer all these on Paradox Interactive's Twitch channel on Sunday, October 20, at 4:00 PM CET.