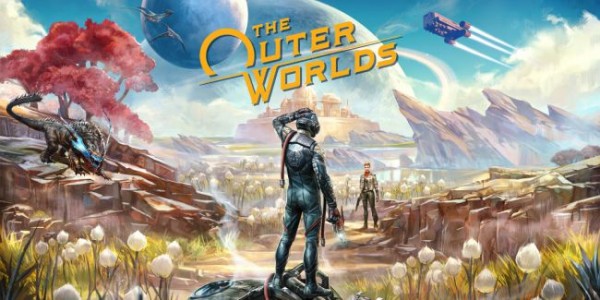 Obsidian's upcoming sci-fi RPG, The Outer Worlds, will reportedly feature 4K enhancements only on PC and Xbox One X versions. This means that the PS4 Pro version of the game will not be getting any enhancement whatsoever, which disappoints many PlayStation users.

It's no secret that the RPG game is one of the most anticipated upcoming games this year. With the Fallout: New Vegas developer leading the development of this massive sci-fi game, a lot of gamers have been on the lookout for its upcoming release.

Related Article: Is Fallout: New Vegas 2 In The Works?

Judging from the trailer, The Outer Worlds will be featuring a good sense of wacky humor underpinning the action and the adventure elements of the game. That being said, it seems that the game will put some fun back in a genre often just featuring just gray and traumatic post-apocalyptic scenes and landscapes.

Sadly, it's quite difficult to enjoy the lively colors and dynamic environment on some consoles compared to others. This is mainly the reason why the game will be receiving 4K enhancements for consoles that support them; which will apply to all but one, that is.

Publisher Private Division confirmed this news to Windows Central stating that "[there will be] no enhancements for PS4 Pro." Although the company already issued an official statement, there was no explanation for the questionable imbalance in the release of enhancements.

Critics are quick to note, however, that Obsidian is now a Microsoft-owned company following its acquisition back in 2018. In fact, it's one of the fifteen studios that make up 'Xbox Game Studios,' Microsoft's very own collection of first-party companies that resemble that of Sony's SIE Worldwide Studios.

Although Xbox Game Studios is given creative freedom to both develop and operate, Microsoft still has a major influence over decision-making and strategic directing. This left many people to insinuate Microsoft is behind the recent decision to exclusively keep the enhancements to Xbox One X.

After all, most of the games that are available on both Sony and Microsoft consoles get some sort of enhancement, but neither one usually gets an upgraded gaming experience without the other.

But much to everyone's dismay, the PS4 Pro will be officially left  out, and will remain capped at 1080p resolution only, while the Xbox One X will be able to maximize the display resolution to 4K.

Looking at the brighter side of the story, this enhancement will only be as good as the hardware the player will use. This means you'll need a 4K TV to be able to play the game in 4K.

Despite the exclusive upgrade for Xbox One, without a 4K TV, you'll  be less likely to enjoy the resolution enhancement anyway.

On that note, The Outer Worlds will be launched to supporting platforms, such as the PS4, Xbox One, and PC, on October 25; however, PC gamers will have to use the Epic Games Store to access the game in the first few weeks.