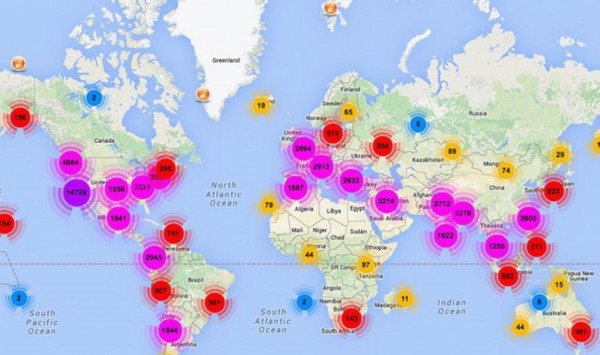 A few seconds before an earthquake happens anywhere in California, people within the state and a couple of places nearby will now get a warning on their smartphones to duck and cover.

People will be getting an alert in two ways: through an app called MyShake and through a wireless emergency phone alert commonly used for flood warnings and Amber alerts. These methods are both a part of a large warning system that is currently being improved.

In general, the aim of this initiative is to fully develop a system that can be used by all residents in the state of California. If at a ll possible to work it out further, UC Berkeley, the developer of the earthquake warning app, intends to extend the system to other states after it has been perfected.

This first state-wide early warning system was launched yesterday which marked the 30th anniversary of the tragic Loma Prieta earthquake, an incident that killed around 63 in the San Francisco Bay Area.

Naturally, it has been a challenge to come up with a way to create alerts for incoming earthquakes. Even with the technological advancements present in the current generation, scientists are yet to create a reliable device that can consistently and effectively tell when an earthquake will happen.

But without the technology to predict when an earthquake will happen, how exactly will the warning system work?

The system is connected to around 800 sensors scattered all over the state. These sensors detect primary waves from the ground, often signaling that an earthquake will be coming. After detection, the sensors will send the data to processing centers where computers will analyze and assess when the quake will happen and how strong it will be.

The warning system will then send out alerts to residents before the destructive wave of the actual earthquake hits. The entire scheme is automated since it's necessary for everything to be processed in a matter of seconds. Developers believe that adding a human touch will only delay the system; hence, everything will be handled by computers.

Despite the official launch, both the app and the wireless warning system is still under further development. Since it can only be truly tested when an actual earthquake happens, it's a little bit difficult to make the necessary adjustments.

Luckily, the entire system was tested during a magnitude 4.5 quake in the Bay Area and a 4.7 quake in central California. When the first earthquake happened, the system was able to send alerts to phones within 2.1 seconds. On the other hand, warnings for the second quake reached phones in just 1.6 seconds.

In the future, developers aim to enhance the capabilities of the system by expanding its reach. The next target is to send alerts to people who don't have smartphones, individual who suffer from disabilities, and others who speak different languages.

"We think that there's probably more work to do in the future but if we can save even one life, then it's worth turning it on," says Brian Ferguson, a representative from the Emergency Services Department of the California Governor's Office.

Related Article: Why Do Earthquakes Come One After Another At Times?