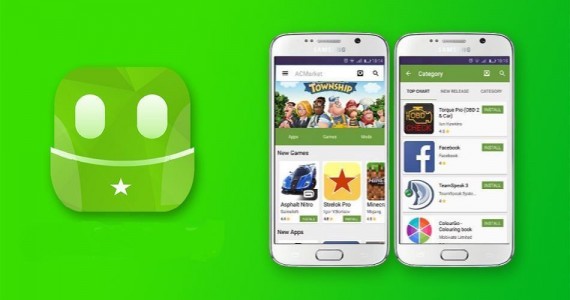 Android is an advanced Linux framed operating system programmed for smartphones as well as tablet computers where they have touch screen options. When it comes to mobile phones, almost all mobile companies now depend on Android. Only Apple phones are based on iOS. Still, there is another version of operating systems used in lower models of different mobile companies but they fail to gain popularity as Android and iOS. As of now, these two are considered the most popular and reliable operating system for mobile devices.

What is the Play Store?

Play Store is the Android Market which has listed all necessary applications that can work compatible with Android OS. Formerly it was referred to as Android Market. Since Google took over the entire market, it is now considered to be named as Google Play Store. This is the official store for getting mobile applications, games, ebooks, music and all other relevant content that can potentially be used in Android mobile phones and tablets. This platform is wider enough to accommodate the number of applications. This wider option provided for users is the most attractive ones such that people looking for different genres get satisfied through a single platform.

Since it is an official app store for Android devices, only some of the mobile applications are available at free of cost. Most of the other applications are charged according to the manufacturer. Also, it is the most secure app store for getting all your desired applications without any hassle. Applications are originally uploaded by the manufacturer which is not accompanied by virus software. Direct download links are available so that the user does not have to go through a series of links to reach the final download link specific for an app. Since it is the original and official play store, it requires Google account to log in before downloading and installing.

Is there any app market for Android other than that?

Yes, of course. There are many app stores available for both Android and iOS devices apart from the original Google Play Store. The top-rated app stores include AC Market, BlackMart Alpha, Aptoide, etc. This kind of ACMarket is revolving as the right alternatives for Google Play Store. With more enhanced benefits and features, they provide great offers for Android users. Like for example if you consider AC Market all the applications downloaded from this platform are free of cost. They are categorized into different groups from which your desired application can easily be identified. This easy to find option led users to rely more on these alternatives. Google Play Store offers applications with prices while ACMarket offers the same set of applications for free. This is the primary reason why people rely on such third-party app stores for downloading apps for Android users.

Aptoide is also a similar form of third party app store. Through this app store offers the number of free applications, due to their flexible regulations many of these applications are either fake or unsecured. However comparing different third-party app stores, ACMarket serves to be the best option.

People in recent days always prefer to use alternative third-party app stores than the Google Play store. The primary reason is due to charges imposed for downloading applications through the play store. When you have the same set of mobile applications offered by the alternative third-party app store for free of cost, why would anyone prefer Google play store paying hugely for the same? Pricing is the primary reason why people prefer alternatives. However, that is not the only reason.

Google Play Store claims and stands out only for its reliability and security. When the same reliable factor and security is ensured by another platform with no charges imposed, is it not interesting to move on to alternatives? More than Google play store, these third-party app stores offer more apps. They are masked, hidden or removed from Google play store. Such rarest of mobile applications can also be downloaded from these third-party app stores.

This article explained the features of Android devices and their official play store. However since people find third-party app stores more beneficial over the official Google play store for downloading their desired mobile applications, they always prefer to use them over Google play store. It is clearly evidenced that security and reliability is not the only benefit that a user is looking for. Pricing, relaxed regulations, free to use and download mobile applications are additional benefits that every android user is looking for. That is the reason why people prefer to use all third-party app stores over the official Google Play Store.

It is no harm in using these third-party app stores as they offer more mobile applications free of cost. To the most, all problems can also be avoided using anti-virus applications. In addition to all these, they also offer original and MOD games too for Android users. These MOD games are highly interesting with lots of modifications that excite many gamers, most importantly for free of cost. Just a tip for choosing the right third-party app store, try reading all reviews and testimonials to know more about it. Accordingly, you can go with anyone of them.