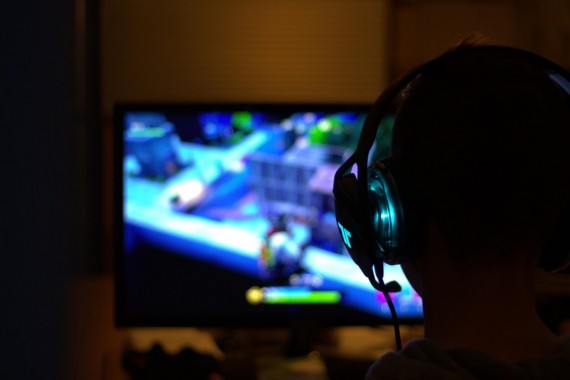 Are you bored of board games? What are the most popular internet games from this year? These nine are popular for a reason. Check 'em out!

The social online game market in the United States was worth over $2 billion in 2017.

Every day people play internet games together, and against computers, to challenge themselves and have a good time.

If you are new to gaming, or just want to keep up on trends, it is important to know the top games of the year.

Continue reading to discover the most popular internet games of 2019, and what makes them so fun to play.

Fortnite is one of the most popular internet games played this year.

The game was released in 2017 and has grown to over 38 million online players. You can play this game on your computer, Xbox, Android, and iOS.

Fortnite Battle Royale appeals to both males and females with its dramatic effects and storyline.

League of Legends (LOL) is a Riot game production that came out in 2009.

Still 10 years later, this game is popular and making the charts with over 25 million players. Select your favorite champion and battle it out to find the winner.

This game has impressive graphics and is exciting to play throughout the entire time. Feel free to play multiplayer in this game at your next party and challenge your friends!

Since 2011 Minecraft has swept over the nation and built up a solid fan base.

Nearly 100 million people play Minecraft each month in the world. Minecraft is one of the biggest and most popular online games to play. There are several modes that a player can go into.

Within each mode, the player must survive by building shelter, getting people, collecting food, and tending to animals. This game is 3D and allows users to do practically anything that they want.

Interested in the different types of modes you can play? The modes consist of survival, adventure, creative, and spectator.

Nintendo outdid themselves once again with The Splatoon 2 online game.

It was released in 2015 and now has 5 million players. This fun game has cool graphics with colorful cartoon characters. Players control squids to attack opponents by inking them. They also use the squids to beat challenges throughout the game.

Just be sure to move quickly and refill your ink every chance you get or you may not be able to beat a level.

Use your color of ink to swim fast and get away from threats. You can also refill your ink by swimming in your color.

Massive Entertainment has sold over 60,000 consoles. Although this game is not as well known as its competitors, it still makes the popular chart. If you are looking for a good shooting game that requires tactics and skills, this game is for you.

It is in the 3rd point of view and takes place in Washington D.C. after a civil war broke out. The war is between survivors and villains. Work with your team to clear goals and objectives to beat the game.

You can go on raids with 8 players and many people placed high reviews on this game.

Are you a fan of racing games like Mario cart?

If so, Garfield Kart: Furious Racing is the game for you! You can get this game on Steam for Mac and it is even multiplayer. This game has an amazing soundtrack and is a cult classic that won't leave you bored.

Kids and people of all ages can have fun playing this competitive game with cats, lasagna, and karts.

In 2015, DOTA 2 was launched and now has 5 million players on Microsoft Windows, Mac OS, and Linux.

DOTA 2 is an online multiplayer game with impressive production quality and graphics. People play this game in competitions throughout the world. Tournaments and leagues are highly familiar with this game.

In this game, you must be a hero and strong. Strength gives you enough power to get through any challenge. Be wise and play smart, this game is all about strategy. Discover what a hero truly means in this game.

HearthStone was released in 2012 and has nearly 30 million online players.

Blizzard Entertainment made this game as an experiment. It was meant to be a small project but ended up gaining popularity.

In this game, you collect cards from a desk of houses and powers. Use these cards against your opponent to lower their health and life to beat them. The last one standing is the winner.

This game requires skill and strategy. Learning more about the game can help you become a better player and develop more skills.

Since 2014 players all over the world have been logging into their Counter-Strike game.

Select your FBI character and weapons to battle competitors. You can work as a team and battle crime. This first-person shooter game takes you through battlegrounds, ruins, abandoned towns, and warehouses.

Use your scope to get a better shot and always be sure to grab the right weapon or you may be beaten.

The list above includes some of the most popular internet games in 2019, in no particular order, giving a lot of hope for 2020.

There are games like Garfield Kart and The Splatoon 2 that are perfect for a fun cartoon game. Challenge the family with these games and have fun together!

Other games like Counter-Stike and DOTA 2 require strategy and skill to win. Don't be afraid to play these games in tournaments and competitions. Many people win money if they are good enough.

Be sure to check out our blog for more articles on the latest computer game trends and reviews!