I have to say that at one point, I have used a variety of video platforms. From Adobe to Filmora and VSDC, even Movie Maker, from time to time one feature or another has caused me to favor one over the other.

I have even used a combination of several of them to finish a project.

Seldom has it been that one has met all of my needs. I can recall once having to start a project in VSDC, use movie maker for a few clips, make the titles in Filmora, and on top of that use yet another audio program because I wasn't happy with what I was hearing.

Simple projects can become nightmares for the video maker that wants the best possible end project.

That was until I tried VideoProc.

Looking at from a purely technical standpoint on its merit as a 4K video converter and editor, then it is a dream to use.

Unlike Adobe or some of the high-end software that requires hours of intensive training to effectively use, VideoProc is very forgiving to the beginner.

Now, that does not mean that the novice sacrifices any function, the software produces videos that easily compete with even the most expensive packages.

The video converter software, I honestly think, is without equal. The ability to downscale from 4k without losing any video quality to me makes it worth the investment by itself.

But let's not talk about those features.

Instead, I want to focus on some of the features that make an already effective platform even better. The things you don't think about until you actually need them.

If you have ever been under the gun to produce a video, when it is all over, the last thing that you want to do is what for the encoding and processing that assembles the final version into your work of art.

I have in the past had to build in a good three or four hours into my time frame just to allow for that.

However, with VideoProc's GPU Accelerated Video Processing Software, that is a thing of the past. Boasting 47 times the speed of other software packages, yet no loss in quality, this will definitely cut down on processing times.

When I first tried the software, I ran it against another platform I use.

A high-quality video that took the other software package over an hour to process was completed in about fifteen minutes. That gave me plenty of extra time to edit and produce a higher quality film.

Video Conversion is a dream.

Anyone that makes videos has shared one common frustration. Video conversion problems. It can be a gamble that the video editing software will support the input file in question.

Will I need to go online to find a conversion website? Will that conversion work. What quality will it be when it is converted? When I create the final version, will the software convert it to a format I need?

VideoProc takes that fear away. The platform has over 370 input codecs and over 420 output formats. It is safe to say that the codec you need or the format you need is there with no need to worry.

This also helps when you have footage from sources like GoPro, a Drone, a camera, an iPhone or Android. Anything. No more fear that the editing software cannot read the file. 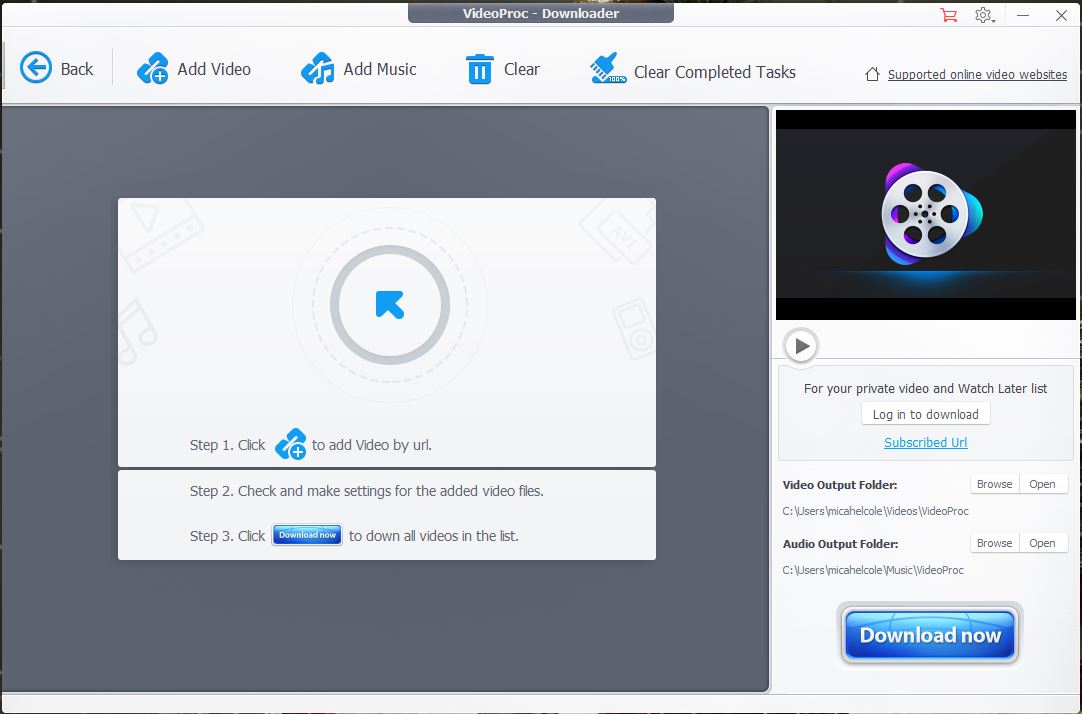 Thank you whoever put the downloader engine in the program!

Having spent years working on various video projects, there were times that I needed to move a Facebook video, an Instagram video, Youtube, or wherever. Anyone that has had to do that immediately realizes the hassle involved. Each one makes it difficult having their own requirements.

If you do it enough, you find websites that help you do the conversion. Still, this is precious time lost to downloading. In many cases, if you need to download a playlist or multiple videos, this will cost you a lot in time.

It is time that you can ill afford. 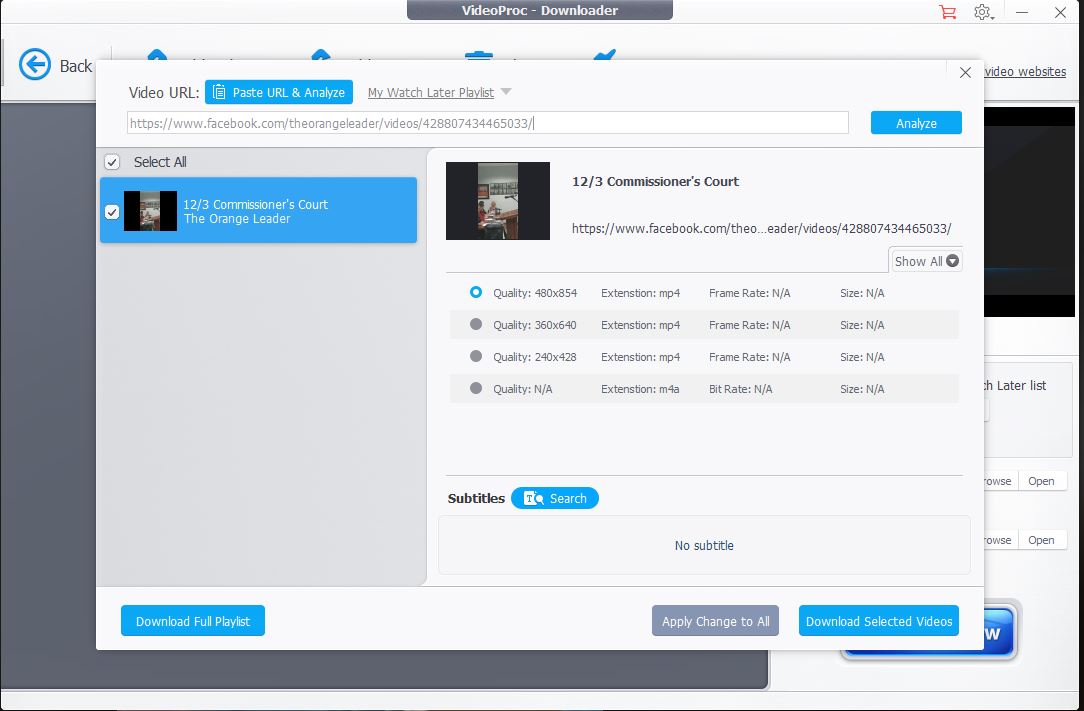 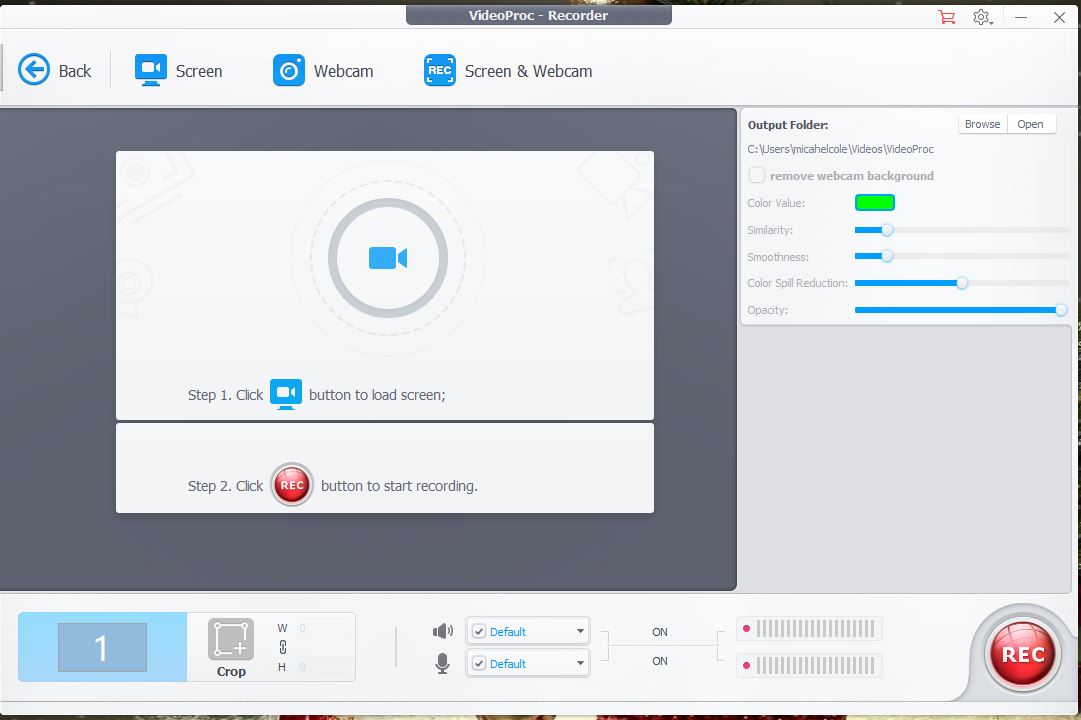 Speaking of recording, VideoProc has features that will benefit gamers, sports lovers, educators, and live enthusiasts. You can record gameplay, presentations, webinars, Skype call, streaming video, and create vlogging, screencasts, podcasts, software reviews, and video instructions, making it easy to interact with your audiences and teammates.

After downloading VideoProc - this 4K video editor and converter, I have to say that I was more than a little impressed. At first, I expected it to be like many of the other video packages out there, An editing package that did not differ that much than most of the other platforms out there. 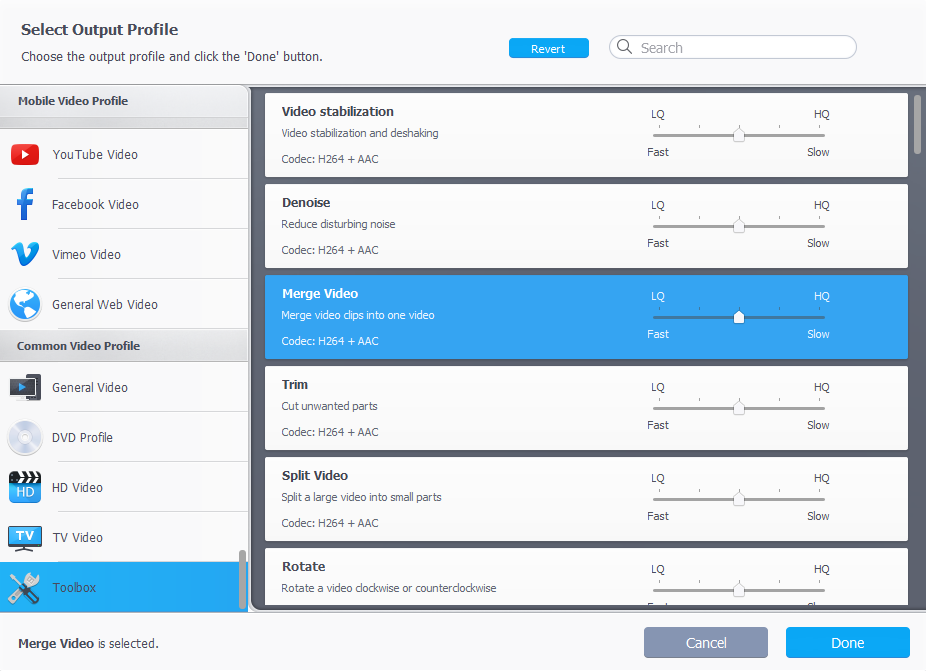 All of the other bells and whistles put it into a class of its own. I would recommend this program for anyone that is wanting to take their editing game to the next level.

You can see purchase options from VideoProc official site with extra discount and try for yourself. With the holidays here, it is the perfect time to add this to your library. 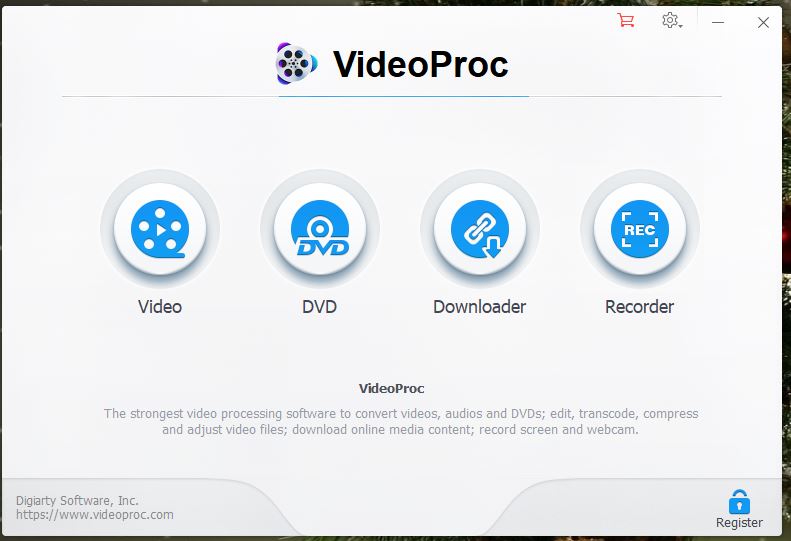