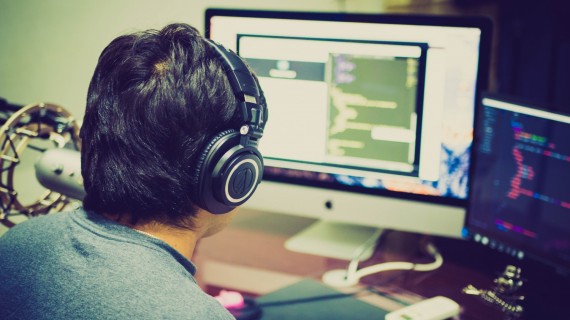 Learn about the different professionals involved in developing video games.

Becoming a game developer is one of the coolest jobs around and your 14-year-old self, perched on the edge of your bed as you play PlayStation, will thank you for making such an awesome career move.

But before you go looking at the course or hunting the jobs in Glasgow at Jobrapido, you should know that a game development studio consists of many different jobs. Meet the team behind every game development business below.

The game developer is the go-to professional when you need to create the game using code. To become a successful game developer, you need exceptional coding skills specific to game development.

The Artists and Animators

The realism of games today is one of the ways that make them so popular. This is thanks to the skills of artists and illustrators that bring the characters to lifelike form. These talented people need to work in cooperation with the story designer and project managers to make sure each character and setting is realised, exactly as planned.

Music has the power to alter our emotions, which makes them indispensable to video games. It is needed to create suspense and heighten the mood of gamers, but it has to be done in line with the narrative of the game and the action. This is why sound engineers are key to the game development studio - and why they must work in close quarters with the rest of the team.

There are many jobs we missed off the list such as render engineers, the project manager and marketing teams. In one way, building a house is much like - and just as complicated - building houses. They need architects, people to lay foundations, interior designers to give them the wow factor and even estate agents to sell them.

With so many hands and minds in one game, there are more opportunities and careers that can let you get involved.