Best Builds for Farming PoE Currency in the Metamorph League 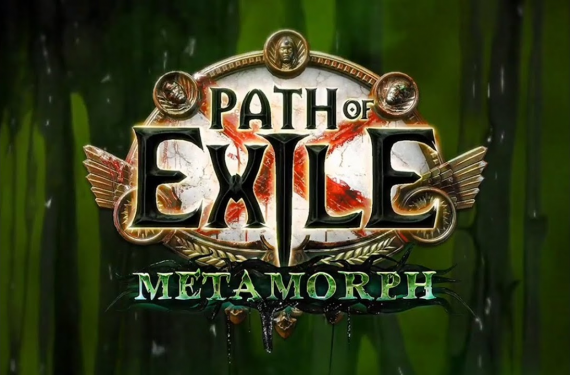 The Metamorph League is one of the more unique leagues that Grinding Gear Games has made so far. Besides having a new character in the game, there are new bosses and monsters to kill and ultimately farm PoE currency and PoE orbs from. The league prioritizes "bossing", an action wherein players only fight boss-type monsters from start to finish. The Metamorph League is heavily oriented on endgame bosses as well as on bow-archetype builds. However, getting to be a Ranger class in this League isn't everything. In this league guide, we'll be talking about the different types of builds that you should consider going for as well as what other things the Metamorph League has to offer.

What is the Metamorph League?

The Metamorph League is a challenge league that launched on December 13, 2019, with the release of Conquerors of the Atlas in tow. A new character made specifically for the hardcore leagues, Tane Octavius, has tasked you to gather parts which you can get from certain monsters in order for him to create a Metamorph. Compared to the usual bosses that you see in Path of Exile, a Metamorph is a little more unique. Simply put, it's a metamorphic boss that constantly changes forms and uses moves of the enemies that you've slain to acquire the parts of. No Metamorphs are completely the same, as it is dependent upon which unique items boss or monster part you've used to make it. Other than PoE currency, Metamorphs also drop Catalysts. These are sought-after drops by players since they're currency items that can add quality to your jewelry.

To help appease the difficulty level in this legion league, we've come up with a few builds that you ought to try.

Here are some of them:

Despite the small nerfs that this class has received in Patch note 3.8, Summoners/Necromancers are still one of the top classes for Path of Exile. Thanks to near-perfect bossing capabilities paired with solid defense mechanics and long-lasting minions, the Skeleton Necromancer Summoner build doesn't require much to be effective. Skeletons have a higher DPS compared to zombies, making them a more optimal choice as minions. This build is cheap, has excellent bossing capabilities, and is even a great starter build! What more could you want?

A Metamorph build guide without at least one Ranger build wouldn't be a guide at all! Among the whole slew of Ranger builds, the Toxic Rain Pathfinder provides the most decent AoE on top of high damage-even if your equipment is a bit outdated. Since a Pathfinder has great mobility, this build has an impressive clear speed that won't fail you. Although this type of build has a tendency to make you squishy, as long as your Evasion skills are decent, you won't have any trouble at all.

If you don't have that much gold in your pockets and are looking for a good starting build that you can take to straight the endgame, then the Holy Flame Totem Hierophant is the build for you. In general, the playstyle of the Totem has been known to be one of the most used starting builds in Path of Exile. This build provides good clearing and bossing mechanics while being in a safe zone always at the same time. Holy Flame Totems offer one of the highest single target DPS compared to other spells, so don't be afraid to bring out the fire to earn that PoE currency!

Defeating Metamorphs isn't easy, but with the help of these builds, you should have a much easier time collecting Catalysts. What's your favorite build for the Metamorph League? Let us know your thoughts by leaving a comment below!