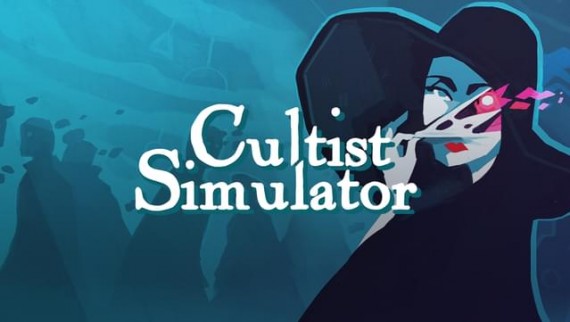 The International Mobile Game Award is the leading showcase for innovation, quality, and new trends in the world of mobile entertainment, putting a focus on games made for iPhone, Android, and other mobile-first platforms.

Created by Maarten Noyons in 2004, the IMGA started with just 85 entries, but has since ballooned into an annual event with over 800 participating studios worldwide producing over 3000 entries a year. A jury of experts from all over the world decide the winners, which are typically announced at an event in San Francisco.

Each year, the IMGA collaborates with partners all over the world to host events in the European Union, the United States, China, Southeast Asia, and the Middle East, where mobile games developers, producers, and professionals get a chance to network and learn. The IMGA's last event, the IMGA CHINA Ceremony and CEO Summit, took place in China between January 13 and 14.

The mobile port of Cultist Simulator, the first game from Alexis Kennedy and Lottie Bevan's studio, Weather Factory, was honored to receive the nomination this year. Cultist Simulator, Alexis's first game since Fallen London and Sunless Sea, gives players the opportunity to seek out unholy mysteries in a groundbreaking narrative card game.

Cultist Simulator proved uniquely suitable for a mobile port despite their decision not to retool the game to function with a F2P (free to play) model full of microtransactions and a constant series of updates in the style of games like Candy Crush, which has earned as much as $5 billion in revenue over the last decade. Initially launched solely as an indie game for PCs, Cultist Simulator's sophisticated gameplay didn't have to be compromised to work at mobile.

Weather Factory achieved this by working with a partner to deliver a high-quality port of the game without the major issues Alexis faced in launching past titles. Sunless Sea, for example, was released as an iPad exclusive, which by design cost them 90% of the iOS user base, who only own and game on iPhones, while Fallen London's port was plagued with errors and inconsistencies, leading to an overall unpleasant gameplay experience.

Cultist Simulator, on the other hand, was ported more thoughtfully. They worked with a specialist who understood how to bring their vision to mobile, thought carefully about what the price point should be and how to preserve the user experience, and launched strategically. This ultimately helped them sell over 120,000 units and generate a net profit of $390,000, a significant impact for the two-person studio with only one product to its name.

Right now, Cultist fans have the opportunity to vote for the game for the IMGA's Public Choice Award. Voting closes on April 29, 2020, and you can click here to choose the game from a huge selection of titles by indie and major games developers alike.

Weather Factory's first title has had a long, thrilling life full of twists and turns, including the discovery that Valve founder, Half Life creator, and Steam mastermind Gabe Newell was a fan, successful ports of the game into both Russian and Chinese, and several updates of downloadable content, which effectively kept the project's momentum going for several years after its initial release. As Alexis and Lottie continue to work on their next projects, they'll always have the success of Cultist to look back on as a touchstone and a glimpse of what's to come - and awards from IMGA may very well soon be a part of that story.